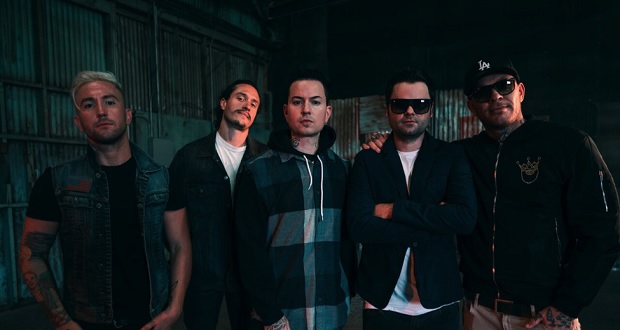 Following the release of ‘Gotta Let Go’ just last month, US rap-rockers Hollywood Undead are back at it again, this time the acoustic guitar is replaced by catchy synths in their new release ‘Another Level.’ Their true versatility is shown as the two songs released so close together could not be further apart. One is built on powerful vocals spaced out with rap, while the other is a pure rap song with an electronic chorus.

With original members Da Kurlz and Deuce parting ways, one amicably and the other…(well, you’ve heard the songs), the members still manage to incorporate old Hollywood Undead, with just enough of the new to keep it modern and relevant, without beating us over the head with EDM influences. When asked about the song, vocalist Johnny 3 Tears says:

“‘Another Level’ is self-explanatory. It’s about taking it as far as you think you can possibly go, and then taking it ten steps further.”

The band have certainly taken it ten steps further, with a full festival tour ahead, and more music planned for release later this year. For more information and upcoming tour dates, visit their website. Download ‘Another Level’ here. Check out the track below: