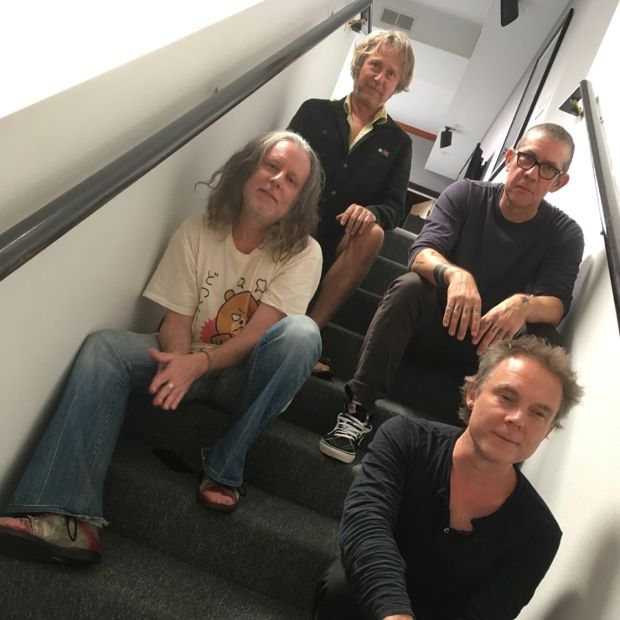 When you get members of Jane’s Addiction, Public Image Limited and The Church hanging round at Dave Grohl’s studio you expect something that little bit different. In this case it’s a new band going by the moniker of Iboga Gazebo and an album due titled Dose Age.

Pre-empting all that they offer us their debut single ‘Twenty Third Eye’, described as “an ethereal and evocative tune, highlighted by the stunning vocals of Kim Yang.”

Formed in Los Angeles in September last year, Iboga Gazebo is an eclectic mix of talented, well known and respected musicians from different backgrounds. Their intentions being to produce a sweet and melodious new form of rock.

‘Twenty Third Eye’ is about climbing a mountain and happening upon a nest of spiders in a sunny nook. The observer soon realises that they are not hostile and any phobias are now neutralised and so the story segues into personal reflection re intimacy and observation on society re human frailty specifically the negative destructive tendencies and the realisation that these disfunctions are absent in nature.

You can listen to the band on Spotify and watch their brand new video right here at RAMzine.