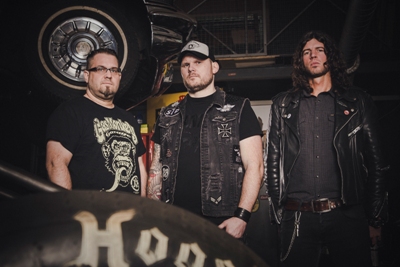 German heavy rockers Motorjesus have released a brand new video for ‘The Damage’ a track taken off their forthcoming album, Race To Resurrection that you lucky people get to watch the riff-laden rocker right here.

As previously reported at Ramzine, the full length player will be  their first since 2014’s chart hit, Electric Revelation, and will be available through Drakkar Entertainment. Following the release of Race To Resurrection the band – now featuring Andy Peters (Guitars), Chris ‘Howling’ Birx (Vocals) and Oliver Beck (Drums) – look forward to some heavy duty touring.

Previous: A Sandstorm Over Europe
Next: The Howling Tides Released!