Ray Wilson reveals ‘Never Should Have Sent You Roses’ 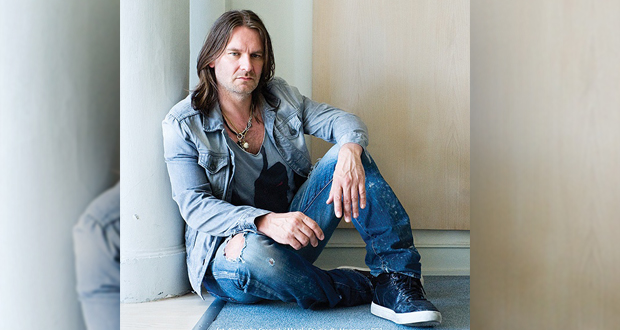 Former Genesis and Stiltskin vocalist Ray Wilson has released new video single ‘Never Should Have Sent You Roses’ the second track to be taken from his new album  Makes Me Feel Like Home due out on 7th October.

“In the song, the English girl leaves the Scottish boy and his love for her drives him to contemplate suicide,” commented Wilson of the song, going on to add cultural and personal historical significance: “The rose is of course the national flower of England, hence; they never should have sent you roses. My ex wife was English, I also lived in England and my step-father is English, so there is perhaps a slight parallel somewhere, however it is fictional in the song. She could perhaps be of a higher class, him a working class, which also makes it more difficult to be together, due to family pressure and different upbringing.”

While created as a fictional dysfunctional drama in its writing the video takes in other dimensions, relating a somewhat different love story, where intercut by Wilson’s band performing we are shown images that may remind us of The Girl With The Dragon Tattoo while musically we take in a Goth-punk heartbeat shimmering with prog undertones imbued with dark beauty and an enigmatic conclusion where it remains unclear if tragedy or an epiphany of emotional release is about to occur.