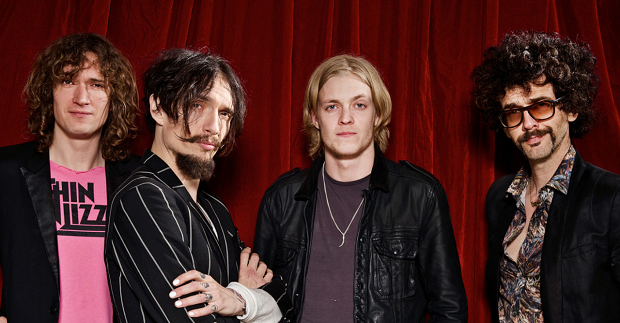 Retro-rockers The Darkness have announced that Rufus Taylor , son of Queen legend Roger Taylor, will be their new drummer to replace Emily Dolan Davies.

Taylor was recommended to the band by a friend of guitarist Dan Hawkins. When Taylor agreed he had to fly to the UK from Australia to learn their set-list in only four days.

“He’s a friend of a friend – my friend being Brian May’s guitar tech who suggested him to us some time ago – just after Emily got the gig. So when Emily left, that was the first person I thought of.

I sent him the tracks and he got behind a drum kit in Australia for an hour and then he’s on the journey. He didn’t sleep for two days. He had the songs on and was tapping away. I really feel sorry for whoever was sitting in front of him. It must have been a nightmare.”

He also revealed the departure of The Darkness’ previous drummer Emily Dolan Davies:

“It’s just one of those things. She’s been a session musician all of her life – this was the first band she was going to join.

It didn’t quite fit right and when you’re committing to really long periods of time touring, you need to be right behind it and she’s got a lot of projects that she wants to do.”

The Darkness’ new album ‘The Last of Our Kind’ will be released on June 1st via Canary Dwarf Limited.

Check out the video for their latest track ‘Open Fire’