A Made for TV Movie with The Daydream District 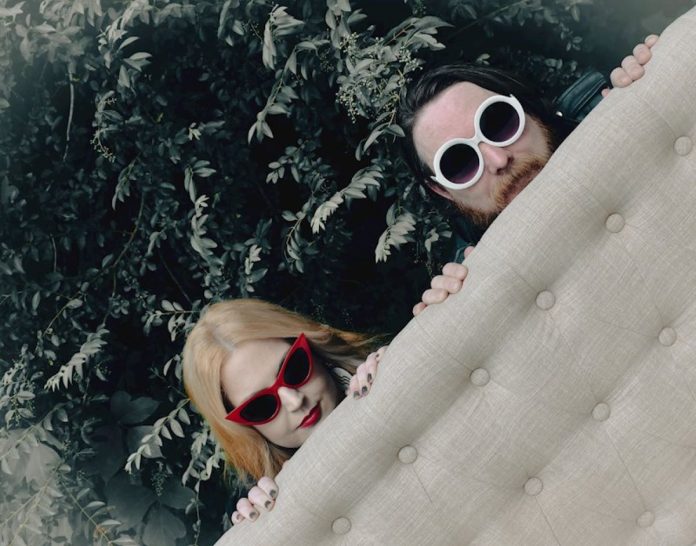 ‘A Made for TV Movie’ is the latest single from North Carolina’s alternative rock band The Daydream District, out now across digital platforms, through Golden Robot Records, along with an official lyric video you can check out here a RAMzine.

In light of current world events and lamenting the thought of WW3, ‘A Made for TV Movie’ uses a ukulele, a catchy melody, and vibrant harmonies as a spoonful of sugar to help the medicine go down.

The band from Raleigh, North Carolina in the USA is equal parts hard and pop-rock, with a twist of lemon, and the brainchild of husband-and-wife duo Scott and Jeni Ivey.

With the addition of Danny Sullivan on drums and Lou Tufillaro IV on bass they released thesingle ‘Hail Mary Martyrs’ – A song that flexed a muscle previously unseen in the band. The confident and hard-hitting rock track shows the band fully in their element, blending 90s rock idiosyncrasies with modern production.

Lyrically, ‘Hail Mary Martyrs’ is said to illustrate the throes of a 21st century existential crisis that someone like Fydor Dostoevsky might feel at home reading!

You can get ‘Hail Mary Martyrs’ here and its follow-up single ‘Hello Sunshine’ here.

‘Hello Sunshine’ explored the band’s curiosity with cinematic soundscapes, while maintaining their 90s rock inspired melodies and sing-along choruses. This juxtaposed with themes of social perfection and the inadequacies should make for an intriguing and memorable listening experience.The band released its debut album, God Damned The Scatterbrain, in April 2021. It has been described by fans as “an album that flows with purpose and poise, and is filled with vibrant melodies – reminiscent of REM.”

In August 2021, The Daydream District then signed with Golden Robot Records. with with a cover of Eels’ ‘Novocaine For The Soul‘ being their first single, and still available here.