Video Of The Week: The Rocket Dolls ‘DeaDHeaD’ 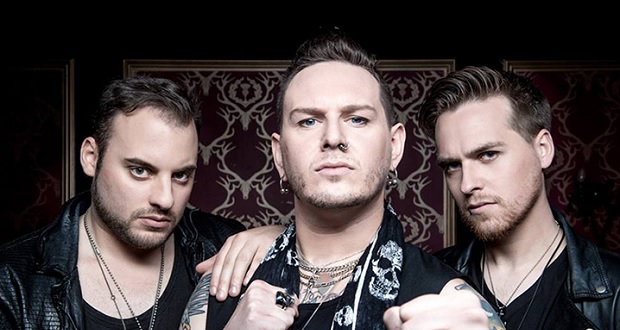 Everyone at RAMzine can’t believe it’s deep in to March already. We promised to bring you the best new music and, God dammit, we need to keep that promise to you all.

May I introduce grunge-trio, hailing from Brighton, The Rocket Dolls. And this week’s Video Of The Week is for their single ‘DeaDHeaD’, taken from the album of the same name.

Here at RAMzine, you may have noticed, we don’t just choose VOTW willy-nilly. ‘DeaDHeaD’ tells a cinematic story where front-man Nikki Smash takes on the role of the grim reaper delivering a message to his bosses played by his band mates.  Also it’s a cracking track. Check out the video below:

Nikki Smash had this to say:

“‘DeaDhead’ is just simply about my battles with depression, battle with drugs and prescription painkillers. After a particular heavy day, I hadn’t a clue where on earth I was, I was actually in a flat downstairs from my own and I couldn’t for the life of me get back to my own. The day after, I realised something had to change. I couldn’t carry on being that reckless, and this song is very much me wearing my heart on my sleeve.”

If you want to catch The Rocket Dolls live, they are playing both Ramblin’ Man Fair and Wildfire Festivals  as well as the dates below:

The album DeadDHeaD is available on April 6th.