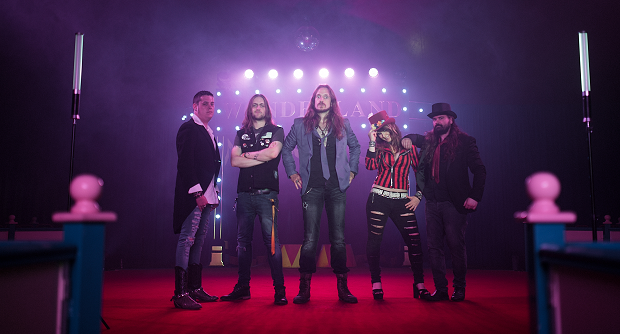 Halloween is coming and with the popularity  of the DC movies everyone wants to be the famous ‘Clown Prince of Crime’ and his girlfriend. Hard-rockers Voodoo Vegas are no different in their new video ‘Killing Joke’. Inspired by by The Joker:

This is taken from their new album ‘Freak Show Candy Floss’.

“I’ve always been a big fan of comics, especially the clown prince of crime.” states Voodoo Vegas frontman, Lawrence Case “‘Killing Joke’ is a song written about him and is inspired by his historic past. When we wrote the song I knew I wanted to film a video where I turned into the Joker, and ‘Killing Joke’ is it.”