Jefferson Starship – Mother Of The Sun 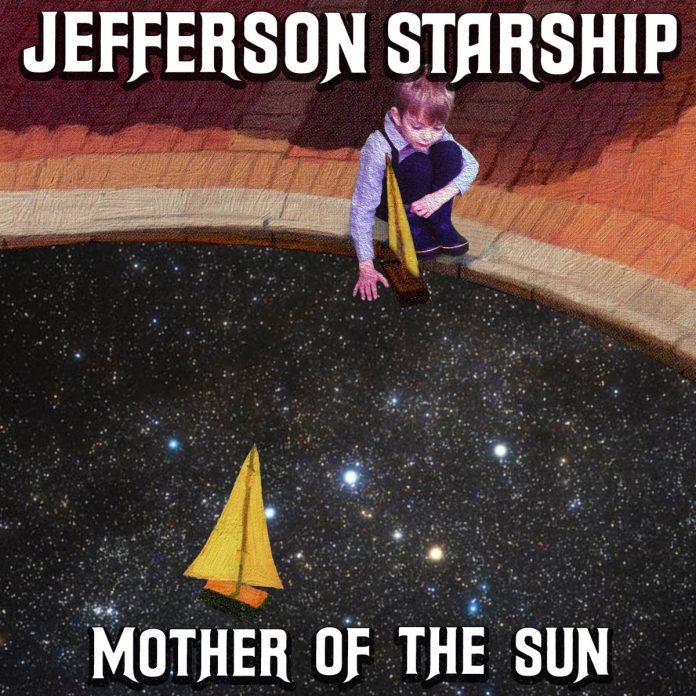 I have the vaguest memory of being a schoolboy and seeing Jefferson Starship at Knebworth, when they were touted as the big American guests to headliners Genesis, though it was Tom Petty & The Heartbreakers who stole the day for those crossing the Atlantic. Fact was, they’d lost Grace Slick somewhere in Europe to a presumed alcoholic binge, so were one member down, but I don’t think most of the British audience actually knew much of their material. Their predecessors the Jefferson Airplane, never really translated to UK listeners either, save two Grace Slick written singles.

When the decade shifted and AOR style music hit big Jefferson Starship also had two big hits. ‘Jane’ and ‘We Built This City On Rock & Roll’, the latter an odd one that seemed to be both claiming sovereignty over newer bands while obscuring their own counterculture credentials. ‘Jane’ on the other hand, rocked very nicely indeed.

Between a rock and a hard place, they’ve existed in one form or another since, though most of the members are new guys to our ears presumably working the golden oldies classic rock circuit for their fans. I’m not sure how that translates in numbers over here, but this is a pretty good place start, because, as we say over here: It ain’t half bad!

Pretty much every song extends the 60s template to make love not war, a cry for peace in our times and to stop destroying the environment because the clock’s ticking – Though the amazing thing about the pandemic is it shows how pollution can be drastically cut if people aren’t driving cars around.

The good thing about these save the world motifs is they’re there not necessarily bludgeoning you over the head with them. Such subtly often works better, with lead vocalists seeming to vary over a variety of contemporary sounding melodic rock tracks that can find yourself humming along to. Musically, it’s rather nifty too.

Chords rock out driving hard making ‘It’s About Time’ a most pleasant surprise. There are hooks that keep you listening – so much so you then have to reflect and ask yourself was I being preached to with those lyrics or agreeing with them? – And, as it veers towards conclusion, they gently chuck the kitchen sink and other utensils into the mix, adding ever more pieces, like tubular bells and choral effect adding melodies. There’s a certain Fleetwood Mac flavour to this and some of the other songs, but with different textures added.

‘What Are We Waiting For’ is slower, more post-psychedelic with distorted modern guitar sounds playing in the background, while the pretty ones play on top. The chorus basically repeats the title in a big bod manner, but it works. There is also an ‘Extended Version’ of this track, where it’s a  more full-on vibrant version in terms of instrumentation, and with world music feel rather than style, it genuinely has a good peace and love vibe.

‘Runaway Again’ is a short pretty but melancholy rock ballad. It’s the  spaces in between what’s played that count on what’s a very modern production sound.  The remaining songs featured appear to be live – ‘Embryonic Journey’ is guitar instrumental by Jude Gold. It’s jazzy new age prog derived from a country picking rag time style and proves effective. The other is a Broadway-styled piano based number tilted ‘Don’t Be Sad Anymore’ and I don’t think one need be.

David Freiberg, Donny Baldwin, Cathy Richardson, Chris Smith, and the aforementioned Gold, who constitute the current Jefferson Starship have produced a rather nice mini-album here. When the world is a better place, should they care to visit the UK co-headlining with another band of similar leanings I think it could go down well.

Jefferson Starship’s Mother Of the Sun is available from Golden Robot Records by clicking here.