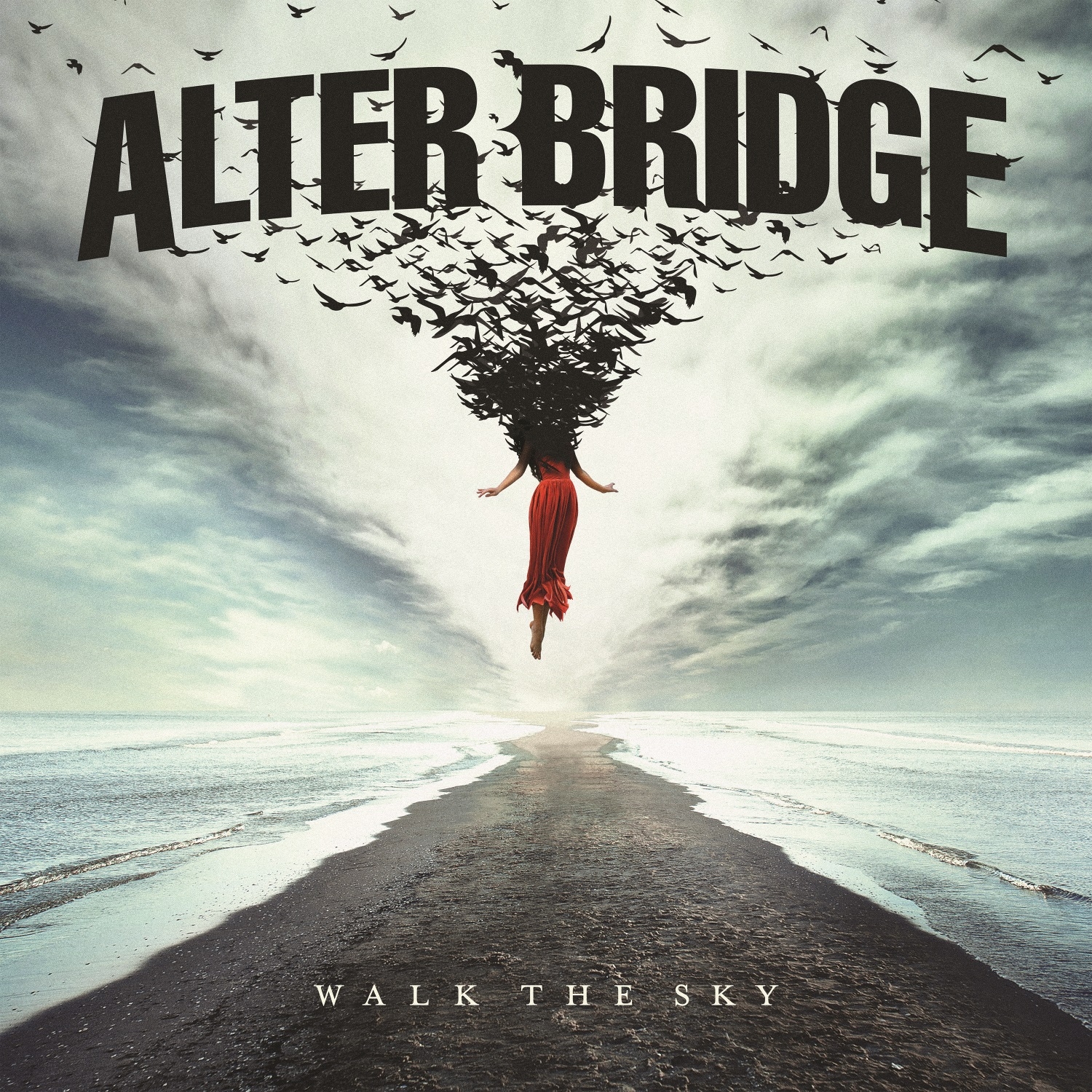 Alter Bridge are one of those rare musical commodities the rock world, they are constantly reliable in the content the write, the time of release after the previous, and they match it on the live scene too. Thanks to that, they have become one of those perfect gateway bands for people to get into the rock world with, and sell out huge stages worldwide. Naturally, Walk the Sky is absolutely no different.

Album number 6 starts off easy, an airy intro with the unmistakable voice of Myles Kennedy, the gateway to the impending epic sized, anthemic ‘Wouldn’t You Rather’. It is everything you expect, hooks galore, swelling riffs, soaring vocals and earth moving heavy rhythms. ‘In The Deep’ showcases Kennedy with some simple and addictively memorable vocal patterns, but it doesn’t seem to match the intensity of the two songs it is sandwiched between. ‘Native Son’ brings a progressive, heavy chugger of a track to light with no messing about, and that tone then follows on for the next few songs. The only flaw you can maybe find in Alter Bridge is that they are a bit predictable, it is no way a bad thing, you know what you are getting every time, but it does also at points feel a bit paint by numbers.

The second half of the album harks back to the sound of some of the 90’s era grunge, Sound Garden come to mind at points mixed with the early moments of nu-metal and Metallica’s black album. Maybe it could be down to the pristine mix, or just their ability as musicians to write top quality songs every time, but either way, it delivers. They’ve been going solidly for 15 years now as a band, and their ability to be so consistent with songwriting and being able to stroll in the path of the mainstream is testament to their abilities. For as new and fresh as the songs are, the album title track really hits on that nostalgic sound, and while it is far from being a momentously long opus like their second release title track blackbird, it stands strong alone and sounds huge.

Album closer ‘Dying Light’ is the way to climax the album though, falling shy of 6 minutes, it feels like the album has just been building to that moment, like a bird soaring off into the sunset in the distance, it is up there with ‘Wouldn’t You Rather’ with the albums greatest tracks, a perfect swansong to finish on.

Walk The Sky is released tomorrow with a 6 date arena tour soon to follow in the build up before Christmas, something that we know will be a must see. If you can’t wait that long, then we cannot recommend checking out last years live release ‘Alter Bridge – Live at the Royal Albert Hall’ for all your viewing pleasure!