An impressive debut from Chains of Daisy 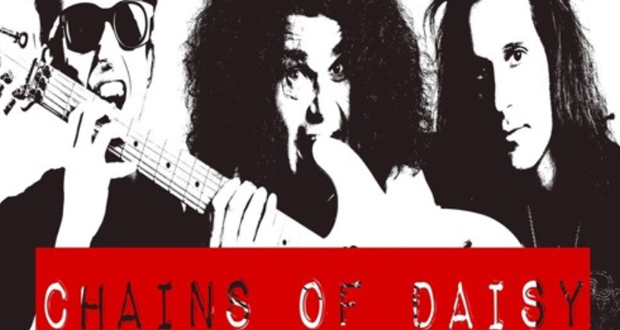 This short but sweet release from Chains of Daisy is an impressive first effort, and is sure to catch the attention of those in charge of the schedules on rock radio. It’s the bookends of this EP that really stand out. Both hark back to classics from yesteryear but come with fresh twists.

‘Dead as Stone’, the title track which opens proceedings, sounds like the bastard child of Use Your Illusion-era GN’R and the Quireboys. It has a proper swagger and would go down a storm in a smoke-filled blues bar. ‘Morning Sun’, which brings things to a close, channels ‘Gallows Pole’ but with a bigger country vibe. It’s one of those songs that’s nigh-on impossible to listen to without tapping your foot, at the very least. In between these two tracks, ‘A Farewell Winter Blues’ is a schmoozy ballad with a “last dance of the night” feel about it, while ‘Never Walk Alone’ is an acoustic number that once again gives a tip of the hat towards Axl and co; it could easily be a lost track from the GN’R Lies sessions.

Based in London but with a pan-European background (guitarist Carlos Oliveira is from Portugal while bandmate and producer Aris Makaronas is Greek/English), Chains of Daisy aren’t inventing anything new, but they do what they do very well. Mike Blackhart’s vocals adapt well to the different tempos on the EP. And while a number of influences shine through, the whole thing has a fresh feel to it. Coupled with proper production that is often a luxury too far for new bands, this is a seriously listenable debut.

Adam Aiken
Passionate about classic rock and live music. Fanatical about Aerosmith. Thrilled to see so many late-80s and early-90s bands still with us or making comebacks.