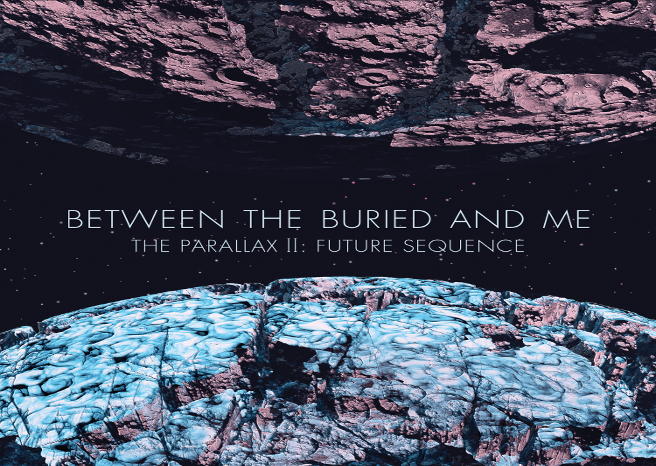 As we all know music (metal in particular) is always progressing, forever changing and often becoming something quite different to how it started, unless of course you are Limp Bizkit, in which case… no.

Anyway, it is this progressive attitude that has seeped extremely noticeably through the new album from Between the Buried and Me. As a continuation of their previous album The Parallax: Hypersleep Dialogues this album takes everything that was great album that album and expands it in a big way; it is more mature; more thoughtful; more expansive; more of a mix of all the influences that make BTBAM a stellar band.

Starting somewhat bizarrely with a beautiful yet discordant acoustic-led melody Goodbye to Everything, this album is at best extremely interesting and at worst dizzyingly baffling.

The tracks vary extremely in length; a good proportion are around the ten-minute mark, with Silent Flight Parliament reaching a Dream Theater-esque 15:09. The rest range from about 1 – 3 minutes, and are used more as punctuation between the lengthier tracks. The first track proper Astral Body is 5:02 and is possibly the best condensed example of the album in full.

For the most part, it is very technically heavy, the guitar lines being provided by Paul Waggoner and Dustie Waring spinning all over the fretboard in a virtuoso maelstrom of both brilliance and brutality. I must admit, there were points that I felt that this track (and the album in general) got a little too clever for its own good. The instrumental lines are so layered and so complicated that it became a little hard to make sense of what is being played. A fan of simple, animalistic hardcore will probably not find that much to enjoy on this album, although when BTBAM are heavy, they are really heavy.

Having said that, there are points, particularly when the guitars switch to clean and singer Tommy Rogers effortlessly trades his guttural growl for a haunting and quite high-pitched clean vocal, that this album sounds more like classical music or even jazz than metal.

The subtle yet effective inclusion of keyboards and the overlaying of tapping/sweeping guitar lines give this album the feel (particularly in the longer tracks with seemingly unending instrumental sections) that this album was actually crafted in space, or at least with space in mind, and sound like what the guy who wrote the music for Stargate would have made if he was a raging metalhead who had just spent the last few days trapped in a box listening to Protest the Hero and The Dillinger Escape Plan. Each track blends in with the rest, meaning that even though some are around ten times as long as others, if you listen to the album as a whole it just feels like one massive progressive journey through the minds of the band.

Like I said, those who prefer much simpler music probably won’t like much of this album. But if you are one of those people who can stick with such music, and really get involved in an album like this, then you will find it an absolute joy of a rollercoaster to listen to, albeit with much of the screaming coming from the rollercoaster itself.