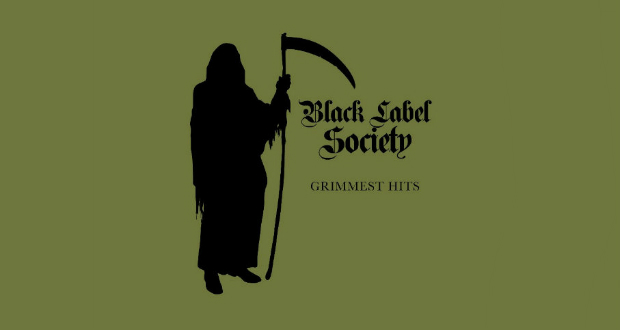 Grimmest Hits, the latest album from Zakk Wylde’s outfit Black Label Society is, surprise, surprise, a festival of riffing. What it’s not as the title may suggest – is a compilation; it is a brand new studio album.

Known for his work with Ozzy Osbourne, Jeffrey Phillip Wielandt (Zakk to most of us) has kept the guitar flag flying and pushing out albums as a solo artist as well as with Black Label Society.

On this new release, the first point worthy of note is that Zakk’s vocal abilities, seen by some as a weakness, continue to improve in enunciation and melody. In fact on a number of tracks, he sounds alarmingly like his erstwhile colleague Ozzy!

As a whole, the album is quality heavy rock/metal without deviating from the standard Black Label Society template. Zakk and the band are more than equal to the task – John DeServio – Bass, Dario Lorina – Guitar, Jeff Fabb – Drums. They all give a driving solidity to every track allowing Zakk to give full reign to his guitar hero persona.

Sabbath tones inevitably rear their head – indeed, ‘All That Once Shined’ and ‘Disbelief’ sound as if they should be on Sabbath Bloody Sabbath.

The obligatory ballad turns up on the track ‘The Only Words’; it also has the best and most thoughtful solo… no histrionics, no speed for speeds sake, just beautifully played melodically.

‘A Love Unreal’ opens with a gentle acoustic passage before taking your ears off with a great heavy as hell riff.