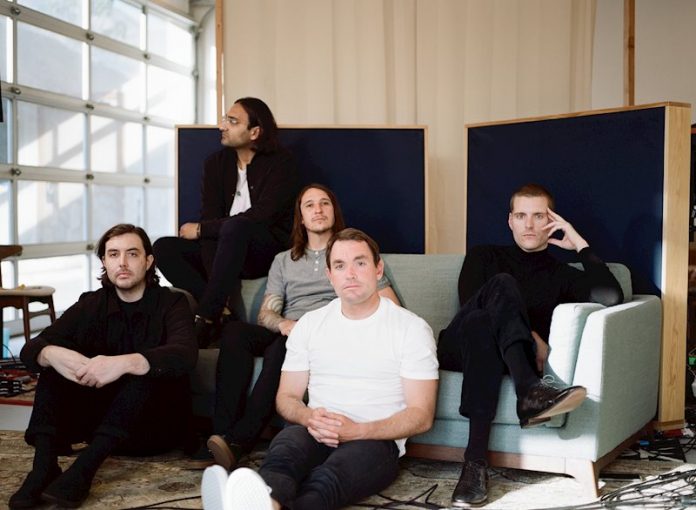 Deafheaven attempted a meteoric shift on Infinite Granite, but do they pull it off?

When Deafheaven revealed Great Mass of Color, the first single from Infinite Granite, the internet was awash with polarised opinions. Some corners backed George Clarke’s marked transition to clean singing, a large shift for a vocalist with an already recognisable signature style; some bemoaned the lack of ‘metal’, but was it really such a shocking move? Previous effort Ordinary Corrupt Human Love included large swathes of spoken word and clean guest vocals on a number of tracks, not to mention the various interludes and extended shoegazey passages throughout the rest of their back catalogue.

Listening to the album in full, it becomes clear that the shift is a large one. Deafheaven’s trademark black metal howls are almost entirely gone here, giving way to restrained vocal melodies and layered harmonies. The overall sonic palette is not too dissimilar to OCHL, but the shoegaze influences are turned way up, providing full-spectrum, rich and vibrant landscapes for the vocals to explore.

The album peaks in its energy during the tracks ‘Great Mass of Color’ and ‘The Gnashing‘, both offering upbeat takes on their signature sound. Even in moments with swirling clean guitars and reverb-drenched vocals, the traces of their metallic past are still present in the tremolo-picked guitars and lightning-fast drum fills.

‘In Blur‘ has an addictive chorus, built up from a 90s Britpop/shoegaze verse. 90s Britain seems to be an important touchstone for this album in particular, with traceable lines back to bands like The Stone Roses, Oasis, Slowdive and Ride throughout, such as the opening drumbeat to ‘Villain‘. ‘Neptune Raining Diamonds’ offers a sense of place not previously found on Deafheaven records.

The final track ‘Mombasa’ provides an astonishing climax, finishing on the only use of blast beats across the album. It’s a payoff earned by the vastly rich landscape of songs leading up to it and feels all the better for it. In another twist, the abrupt end to the album shows that even in the minute details, Deafheaven still seek to subvert expectations.

All of the risks taken by Deafheaven on this album pay off, and whilst most bands who attempt such a huge transition take an album to do so, it is to their great credit that they pull it off the first time. As a singular body of work, it might be Deafheaven’s most ambitious album to date, and it is absolutely worth getting lost in.