Jinjer break the silence with Wallflowers 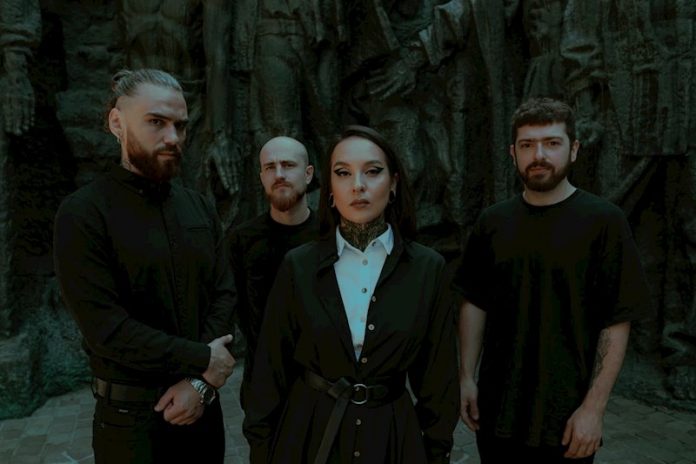 Their 4th album, Wallflowers, continues to establish Jinjer as the unstoppable juggernaut they are while helping put Ukraine firmly on the map in the extreme metal landscape.

The record opens with ‘Call me a Symbol’, a song that wastes no time and gives the listener exactly what they have come to expect from a Jinjer release: crushing heavy riffs, breakneck blast beats and vicious, harsh vocals.

The first few tracks on the album keep up this pace to great effect while still displaying some diversity with ‘Disclosure!’ feeling like the heaviest Soundgarden song ever released.

One of their biggest assets is Tatiana Shmayluk’s impressive vocal delivery, her clean vocals have significant range and versatility. It is a strangely uncommon sound in the modern landscape to hear clean vocals during the heavy part.

Jinjer’s best strength lies in creating a dissonant foreboding atmosphere before launching into devastating riffs on tracks like ‘Pearls And Swine’ which also makes superb use of Tatiana’s clean vocals.

The title track really showcases the band’s songwriting ability as it manages to vividly describe the effects of social anxiety and introversion in a manner that is both accessible and sympathetic all without sacrificing musicality or feeling “off-brand”.

The record ends with ‘Mediator‘ which could be the best track on the album and makes use of most of the tricks established in the rest of the album, it is unapologetically fast while still being melodic and immensely aggressive.

It should be no surprise that a progressive metal band such as this are branching out but the consistency and willingness to experiment that Jinjer displays is impressive and just proves why they have quickly become one of the most exciting heavy bands to appear in recent years.

Wallflowers is out August 27th via Napalm Records