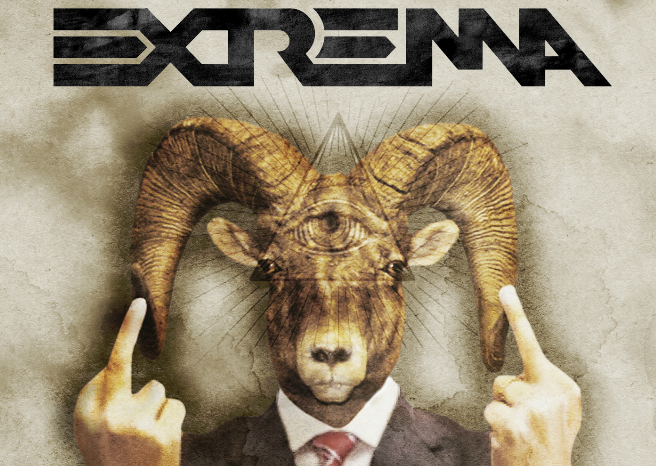 Extrema are an Italian HEAVY metal band. They have been around since the 80s, and opened for the likes of Metallica. They are soon to unleash their thrash sounds on the world in the form of ‘Seed of Foolishness’. Here is our track-by-track account of the new album.

Noteworthy and vibrantly intense – firing brutally into a maelstrom of decadence. The old familiar Thrash rhythms will pound, excite and thrill to the core. Vocally bruising with inflamed guitar and is openly infectious to the last.

That thrashing pulsating sound you get when you hear a guitar being played so fast is just breath taking. It has a certain captivating presence that is textured with flavors a plenty.

Immense drumming offers enticing and virulent aggression although the vocals do seem slightly weak on this for some reason. However the track itself still 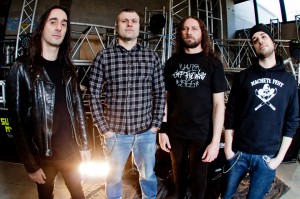 This track picks up the pace and evolves with a savage and ample fever of rhythms. It will confront and dominate in abundance. Vocally raw and holds are superb thrashtastic melody.

Brutally impressive, with a firm invitation to listen to its mesmerizing onslaught of annihilation. It teases in riotous form and savages the senses with nice grazing vocal.

Nice distorted strings that usher forth with an echoic vocal – quite an unusual track and shows a nice bit of diversity, although not as commanding as a few of the other tracks with a more mainstream stance that sort of lets the album down somewhat.

Damming, fast and brutal showing dramatic fever of squealing guitar that simply will have you drooling as you try and keep pace with its super frenzy of powerful promise. Bruising vocals come into play and will tease you with malicious intent.

Delicious guitar and a heavier gnarly vocal emerge as this track has life breathed into it and takes on a new meaning. Prompting rhythms surge blinding and strong, forthright and compelling it fires up and takes no prisoners.

A moment of Truth

Not at all liking this last track. Sounds really lame in comparison to the other tracks, although very diverse just find this one a little lifeless and feel it does not belong on a thrash album.

This album has its glory moments and at the same time it has its disappointing ones. The last track is an anthem that sounds like it should be on an Eagles album.  Don’t get me wrong the Eagles are superb but this kind of track on a thrash album is asking for trouble! Overall a harsh but mediocre listen with highs and lows. The highs being the guitar it literally sizzles with ferocity.

Extrema ‘Seed of Foolishness’ will be released via Scarlet Records on 21st May 2013.