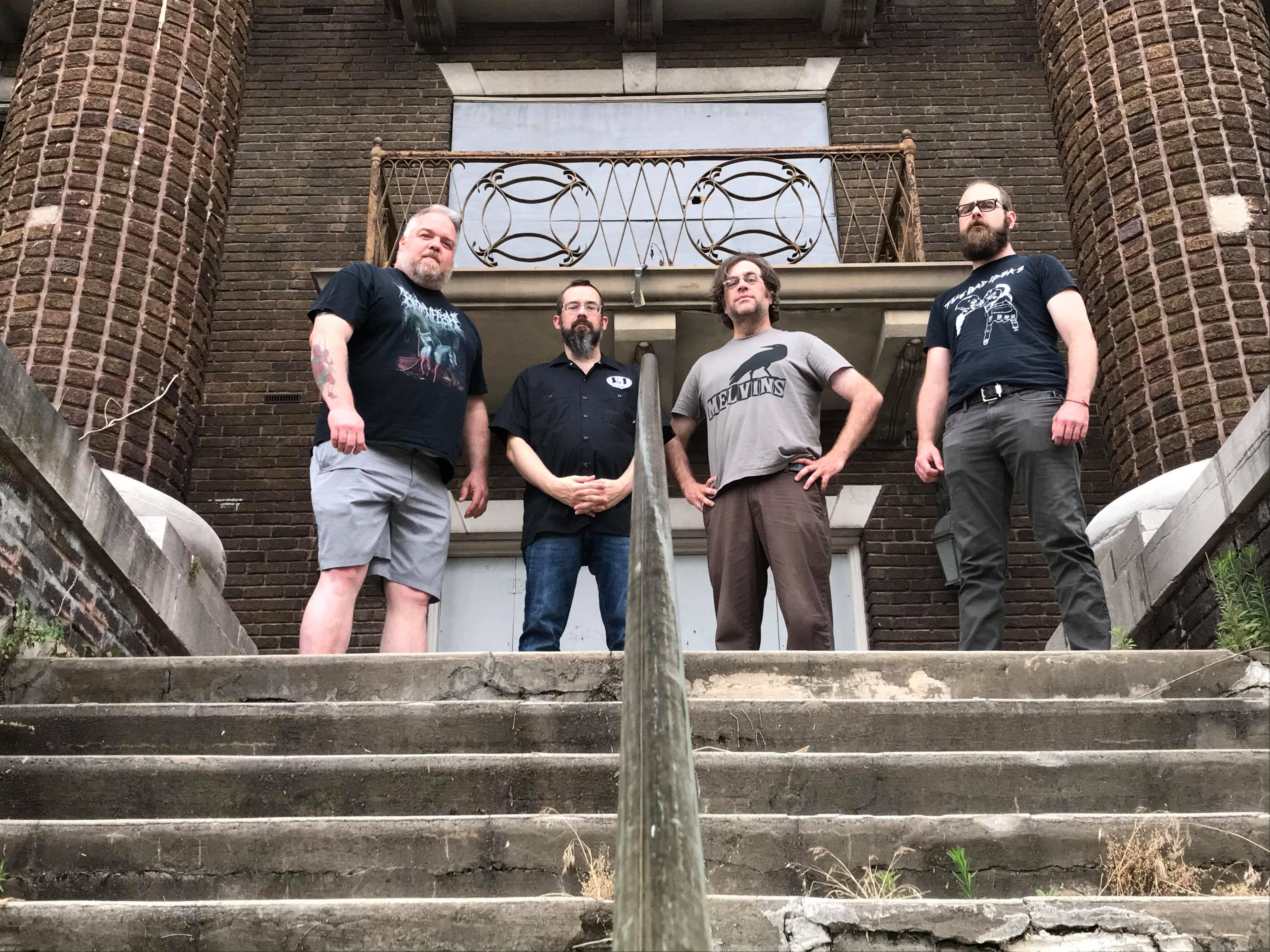 I’ve not long discovered the crust-laden, sludge-fueled doom machine that is Gravehuffer but I’m glad I did as they have a new release on the way that I get to check out just as I’ve worked my way through their back catalogue.

NecroEclosion releases on January 15th and is packed with crusted over hardcore inspired riffs, punk rhythms, and some good old fashioned stoner vibes thrown in. Most tracks are introduced with irrelevant samples, some that fit the feel of the song and others that are nonsense but fit the bill none the less.

In many ways, NecroEclosion has a cleaner sound, as much as that is possible in this sub-genre. Everything comes through just that little bit clearer than earlier releases which I’m sure is a result of both artistic choice and the band’s growth as a unit since their inception in 2008.

Standout tracks include ‘Sights To The Sky’ which opens with a sample from Buzz Aldrin and delivers a chug-filled riff-fest as it gallops along at speed and heads towards a close with a blistering solo before shifting back to the chug and the well placed “The Eagle has landed” soundbite.

This is followed by another highlight, ‘Death Before Disco’ which opens with a bonafide BeeGee’s track before vocalist Travis McKenzie interrupts to growl at you to get on the dancefloor, from here the disco vibe is laid waste to among the circle pit inducing carnage that this track delivers. It’s with the aforementioned samples that the bands’ sense of humor really show through, while they are dedicated and serious musicians they still know how to have a little fun with things and keep things fresh.

The punk stylings are ramped up on ‘Stingray’ which sounds like Agnostic Front had a fight with High On Fire while singles, ‘Causes’ and ‘Ghost Dance’ serve the dual role as excellent jumping-on points for the band as a whole as well as showcases of NecroEclosion.