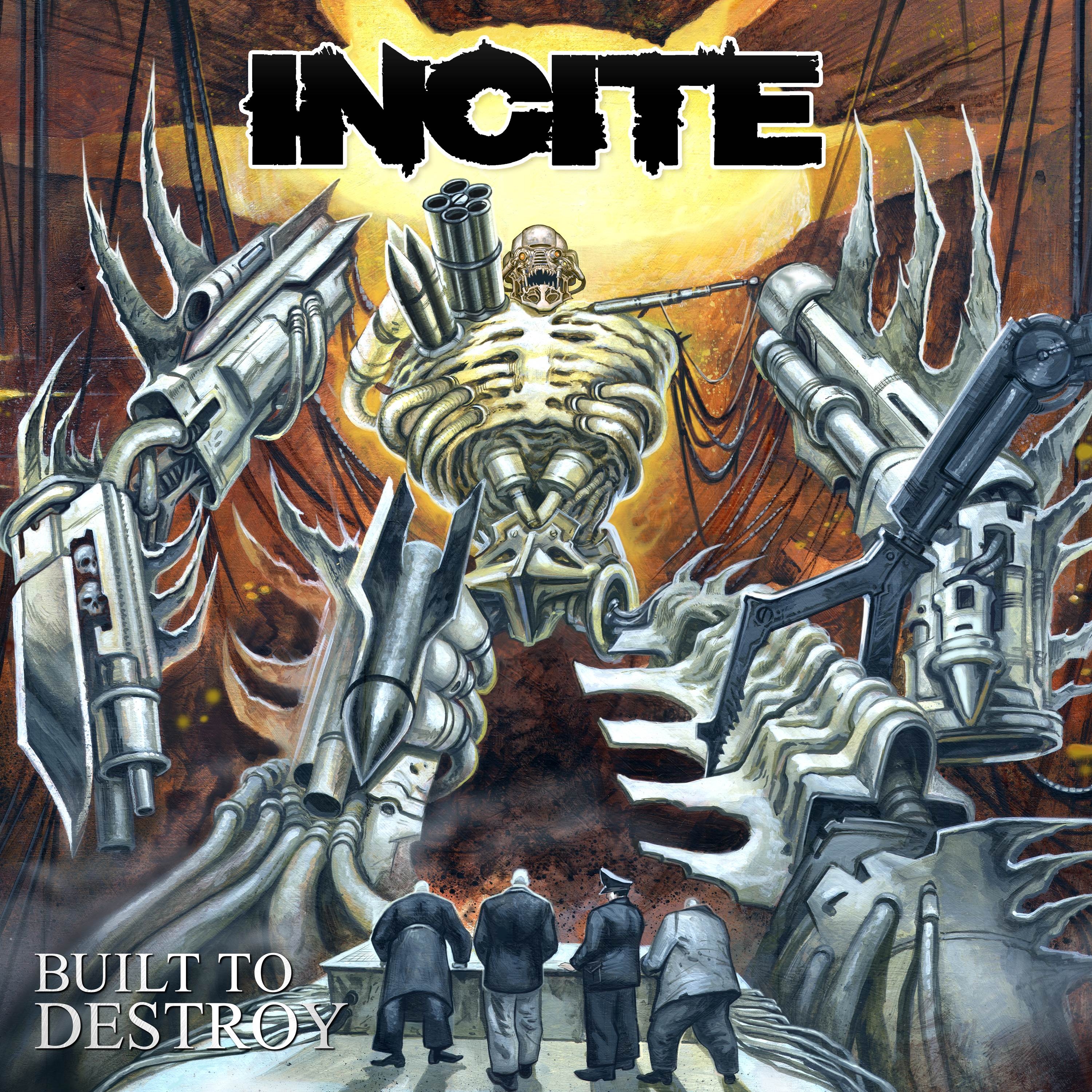 Having knocked around for more than few years, Incite have been a band that have relatively been stuck in the shadows of vocalists Ritchie Cavalera’s fathers’ bands, which clearly after reading the family name, need no mention. It is rather unfair to read the name and all of a sudden raise expectations of what you believe may come from Incite, it is bands like this that battle and fight to make a name for themselves after all, and especially in this day and age, it is no mean feat. That aside though, looking at the past history of the touring schedule undertaken by Incite, it would be rude not to use the family ties to the advantage and push yourselves out there a little further.

My first interest in Incite peaked at the end of November when the band happened to stop by my home town for a show on a small, select few UK shows before taking to Europe with Six Feet Under, having metal gigs and bands of the heavy nature play here in general is a rarity, so it doesn’t hurt to make the effort to get out and see them, and it is nice to do without the camera once in a while! I was met with a visceral onslaught of groove and attitude, crippling fast riff work and more hooks than leather face would be able to find bodies for. Their off stage attitude was something to behold too, full of conversation to everyone, they made the effort to connect to their fans, and they were more than happy to talk about their new album coming out too.

From start to finish, this is less of a marathon than a sprint, 11 songs cut across 37 minutes, it holds no punches back and like previous, invites a few friends into the studio, but it goes like an A-10 warthog firing its cannon. Not much stands out in the way of memorable tracks, but it doesn’t dip to a low standard anywhere across the board. There are moments when lyrically, the subject matter shines through, riff work and solo will take the limelight, the drums batter their way to the forefront or the bass drives the song, but those moments rarely come together in one track to create something epic, if it did however, it could be something beautiful, then there would be the concern that the rest of the album is a bit of a let down.

What does come from Built to Destroy is a full to the brim armoury of pit fuelling destruction. It lays waste track after track and has the perfect guests in Crowbars Kirk Windstein and Six Feet Under’s Chris Barnes bringing the gravel soaked barks to the table. It does exactly what it says on the tin, and doesn’t lay off. If you want something with dimensions, your time may be wasted here, if you are after a tornado of riffs and mayhem, then this is better than that first drink of coffee in the morning, there are more riffs coming at you than a rabid spider monkey. Incite will no doubt be a worthy wake up come their time on the stage at Bloodstock later this year.