Magick Touch prove Heads Have Got To Rock ‘n’ Roll 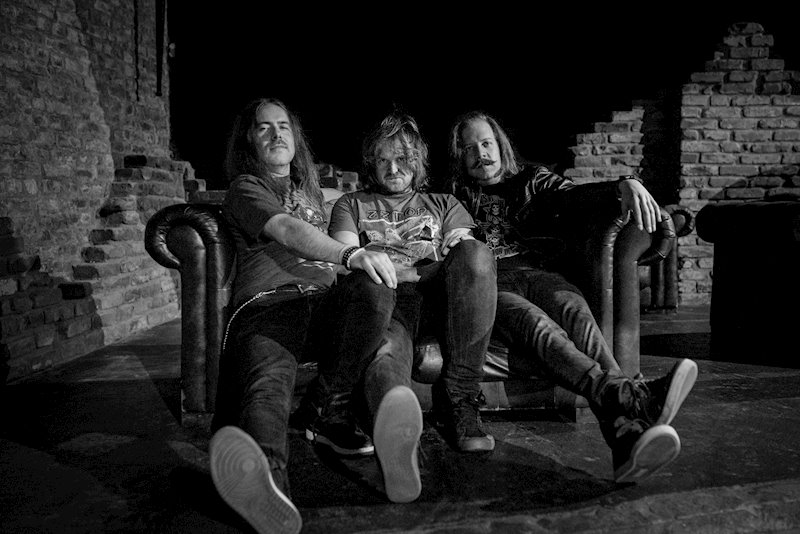 If I tell you that this band’s last album was called Blades, Chains, Whips and Fire and that their new album, Heads Have Got To Rock ‘n’ Roll has a cover adorned by a guillotine dripping blood, then I think you can guess we are talking serious rock…and Magick Touch delivers both in spades.

This Norwegian trio (Bård Nordvik: drums/vocals, Christer Ottesen: bass/vocals and HK Rein: guitar/vocals) take their cues mainly from the 70s (Purple, Lizzy, Alice) and deliver quality rock that draws on that era and adds in a touch of glam and blues for good measure…they were due to tour with Audrey Horne but, like all tours, that was cancelled due to what Spike Milligan would have called “The Dreaded Lurgy”.

We can still enjoy the fruits of their studio labour however and it all kicks off in a School’s Out way on the opening track, ‘(This Isn’t) Your First Rodeo’. This also has a slight NWOBHM hint or two as if early Maiden were showing latter-day Leppard how to do it! Throw in some great guitar soloing and you get a rather fine track to give a clue of what’s to follow. ‘Watchman’s Requiem’ has a feel and quality that could have placed it on the Tygers Cage album…it adds a bit extra weight and a few extra guitar layers but is still of that era…and that is a good thing. ‘Love Is A Heart Disease’ opens with cowbell which is officially approved of and riffs away nicely in an Alice Poison way. ‘Bad Decisions’ channels Lizzy and yet still all Magick.

‘Phantom Friend’ is slower, almost proggy and expansive, it also shows how lyrically astute these compositions are. ‘Waiting For The Parasites’ may take a few cues from Rainbow, but it has it’s own charm and doesn’t always reside in the 16th century and qualifies as my favoured track. Closer, ‘Doomsday I’m In Love’ is a heavy, bluesy Priest meets Purple playing Sabbath epic and is a blast from first note to last.

This album delivers the familiar wrapped in an individual sheen and is a thoroughly enjoyable slice of true heavy rock that will reward on every listen, this is a worthwhile addition to any rock collection.