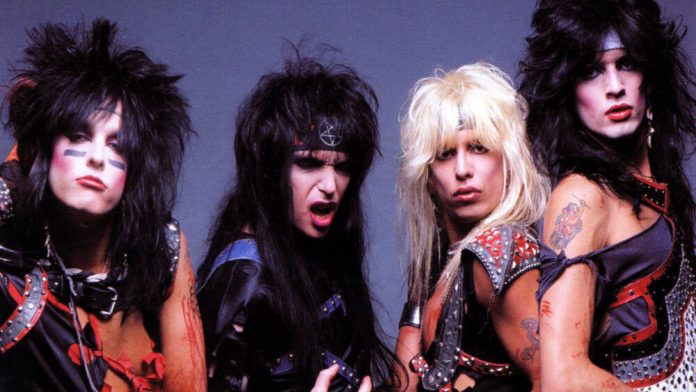 The definition of the word hedonistic, according to the Oxford Dictionary is “Engaged in the pursuit of pleasure; sensually self-indulgent.” That kind of sums up the lifestyle and approach to music that helped set Mötley Crüe on the road to stardom on stage and on the video screens of MTV. As they reach their 40th Anniversary (a milestone none would have thought possible back then) their albums have been polished up and re-released.

Girls, Girls, Girls was originally released in 1987 and, of course, had the single of the same name that celebrated everything at once! Great riff, suspect lyrics: “Trick or treat, sweet to eat, On Halloween and New Year’s Eve, Yankee girls, ya just can’t be beat, But you’re the best when you’re off your feet.” The video was just as subtle. Elsewhere, the Crüe supply loads of solid hairy riffs, strong solos and even dance-rock.

My favourite has always been, since buying the cassette for the car (ah, memories!) ‘Wild Side’; it has a depth and complexity that is often ignored in their music. Changing time signatures, pure rock base and lyrically, railing justifiably, against greed… all set against that pure, excellent rock background. Even the live recording of ‘Jailhouse Rock’ is bloody good, giving it a bite and a frantic guitar solo that Elvis wouldn’t recognise. The short and sweet, out of the ordinary (for Crüe) acoustic, orchestrated, multi-tracked vocal extravaganza that is ‘Nona’ is a lovely diversion.

There’s nothing new here; it is however remastered very well and the clarity (especially over my tape) is considerable with every note of every instrument now available to the ears of those who, like me, like to listen differently every time.