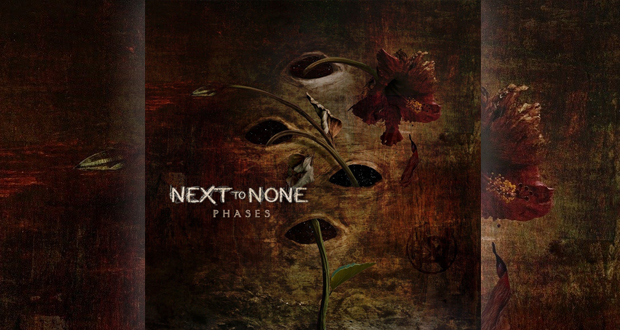 Next to None toe an interesting line between crunchy, aggressive American radio metal and wild, extravagant prog rock, with many stylistic left-turns all over this record. While often the focus is on the instrumental prowess on show, the real highlights here occur when the songwriting present on the album takes centre stage. Many of the songs on Phases are over the 6-minute mark, and while there is a wealth of ideas on show within these tracks, it would serve the songs much better to focus them.

A microcosm of the album as a whole is the song ‘Kek’, which, clocking in at 10 mins in length, explores all the shades which NTN have to their sound. It touches on over-the-top progy soloing right from the beginning and cleanly segues into a punishing industrial groove that wouldn’t be out of place on a Fear Factory record. It’s melodic sections feel expansive and cinematic, but on occasion, it goes a bit too far down a musical rabbit hole to keep the listener’s interest. As can be often the case with prog metal, the album is overly long and unfortunately doesn’t demand the listener’s attention for the full way through in the same way many bands of their ilk do. The piano interlude ‘Isolation’ feels unnecessary and many tracks towards the end of the album tend to tread old ground for the most part, such as 19-minute closer ‘The Wanderer’ which only really needs to be 8 or 9 minutes to explore the ideas within it without the song overstaying its welcome. Having said that, there is real promise on the record in both its softer and heavier moments and also on the monolithic choruses of ‘The Apple’ and ‘Clarity’, both of which have the potential to be huge radio hits.

However, the biggest flaw of this album comes in the more immature parts. The aforementioned ‘Kek’ contains a questionable Filthy Frank sample and multiple inclusions of dubstep-esque breakdowns which really do not suit the overall feel of the record. Some elements show off the band’s influences a little too obviously, like record scratches that could be straight off Slipknot’s self-titled and a few tech metal riffs that don’t do much to stand out from the heavily saturated modern tech scene.

The musical talent and ability on show here is without question, and there are bewildering turns of pace combined with a wide variety of musical styles. Phases is an album packed to the sides with experiments, unexpected twists, and moments of genuine brilliance. The experiments don’t always pay off, but with a little more restraint and quality control, Next to None have some serious potential.