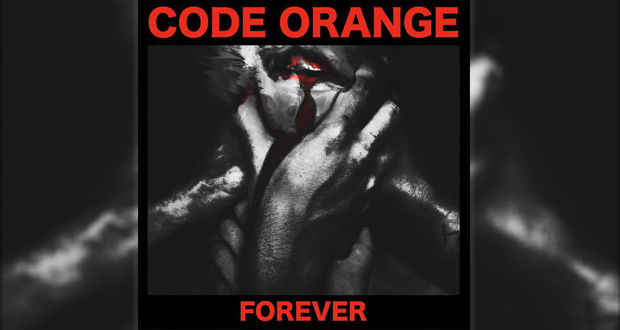 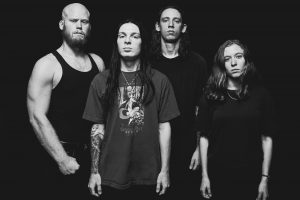 Dark, intense, foreboding, caustic. These are only but some of the adjectives that can be used to describe the sound of Code Orange – arguably Pennsylvania’s most deadliest hardcore crew. Throughout their career they have released music that has been nothing short of nerve-shredding. Admittedly, one did describe them as a ‘baby Converge’ a couple of years ago when first introduced to them. But that was not necessarily a slur, merely but a compliment. However, it has been evident that their musical progression has taken them on some uncharted darker territory not just for the band themselves, but for hardcore music in general.

On their latest album Forever, Code Orange have pushed the envelope even further with their musical experimentation to the point where such territories have not been explored since Refused’s ‘The Shape Of Punk To Come’. However, with the band’s recent addition to the Roadrunner Records roster, there was always the cause for concern that their sound would be a little more filtered and ‘radio friendly’ due to label politics. Especially with the addition of celebrated producer Will Yip behind the helm, in addition to Kurt Ballou’s signature doomy production. So was this the case with Forever? To answer that question – for the most part, no.

The best way to describe this album is that it is like an artist’s palette. A myriad of colours which represent each song on its own, and to which its influences from other bands are rather evident – particularly of Roadrunner Records alumni. The crushing down tuned guitars are more reminiscent of the dirtier groove of Sepultura, Nailbomb, and Fudge Tunnel. Whereas the vast array of electronic samples throughout the record echo the nightmarish industrial sounds of Fear Factory and Atari Teenage Riot. Their musical experimentation proves to be the album’s greatest strength and weakness.

The first half of Forever is just pure venom in its most visceral and uncompromising form. Take the pounding title track, then following on to ‘Kill The Creator’ – two gargantuan slabs of frighteningly heavy and disjointed hardcore fury that will no doubt be garnering most pit notoriety in no time. But the first real sign of the band straying further afield into a more ‘radio friendly’ wavelength comes in the form of album highlight ‘Bleeding In The Blur’. One would scoff at the thought of Code Orange going ‘soft’, but if this is the definition of the band going soft then, by all means, make a whole album like this. There were already hints of the band going in this direction with the song ‘Dreams Of Inertia’ on their previous album I Am King, but ‘Bleeding In The Blur’ is far less doomier, and owes a lot more to the most morbid and murderous corner of hard rock. Just imagine Adventures if they decided to get a lot more darker and moodier.

As stated previously, their musical experimentation (which should be championed) ends up being Forever‘s greatest weakness. There are moments in the album where it just seems that the use of electronic samples and even Code Orange’s non-heavier tracks seems a little out of place and misguided, and in general lack the execution it truly deserves. Take for example the last two tracks ‘Hurt Goes On’ and ‘dream2’. Whilst they are in no way bad songs, they just seem so out of place and feel like album filler. There are also moments on track ‘The Mud’ which the use of samples just seem to draw out what already sounds like a very basic and generic song. But even on one of the album highlights ‘Kill The Creator’, the unhinged use of samples on this album might even be a challenge to old and new listeners who are not necessarily used to this in hardcore music.

Whilst Forever is in no way perfect, and has absolutely no intention of being perfect, it is definitely a strong indicator that Code Orange are giving everyone a taster of what they are truly capable of. If their first two albums were a hint as to how they are maturing and progressing as a band, then Forever is merely but the palette to which they are showing their true colours. But one suspects that this is not the masterpiece they could have made, merely but the sound of a band truly limbering up and sonically finding themselves to further solidify their identity as one of hardcore music’s most innovative of entities. If Code Orange’s latest album is truly a statement that they are forever, then the best has still yet to come. It just has not arrived quite yet. But for now, this will be enough to bludgeon the senses of their already dedicated masses – and hopefully open the minds of many a narrow minded cynic along the way. A bold, daring effort in the realms of heavy music which should be highly applauded.