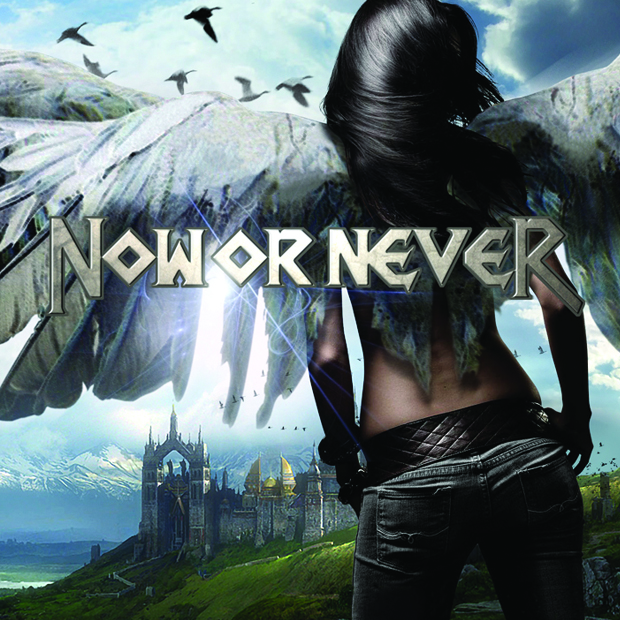 Featuring former Pretty Maids members in guitarist Ricky Marx and bass player Kenn Jackson, Now Or Never’s line up is completed by Fabian Ranzo on drums and vocalist Jo Amore who himself started off as a drummer in French metal band Nightmare, and it’s rather a drum-centric album they’ve recorded. Ranzo has co-written many of the numbers with Marx and they’re often lead by the percussive directions he heads off into.

The band got together a couple of years back but this is their debut record on Mausoleum Records, recorded in the South of France. The problem is they seem torn between their combined musical pasts opting for typical Dio song structures given a more aggressive thrash sound. Marx’s guitar solos are brief and he’s an inventive guy in that area so there’s no reason to him to be shy, likewise they utilise some interesting techno-noise/not-quite drum ’n’ bass parts added by Pat Liotard who also plays some keyboards and co-produced the album with the band, and they might’ve been better off experimenting further. 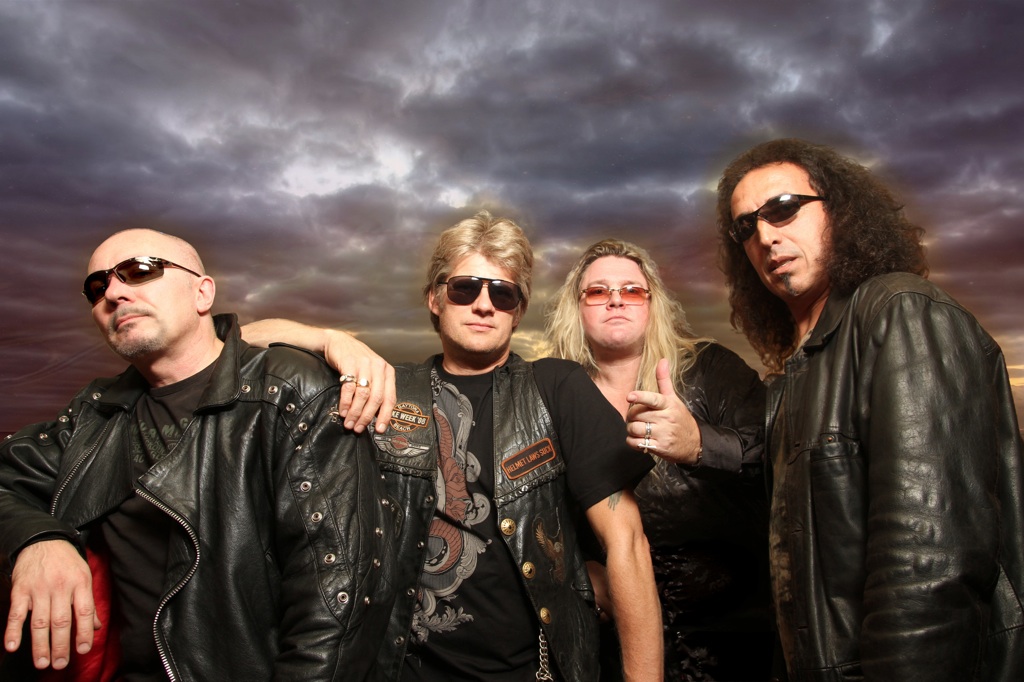 ‘Reach Out For The Sky’ opens with a turbo-charged squealing guitar before cutting back to a slower military beat with drums and guitars in unison as Amore strains at his throat vocally, Marx pulling out a brief fluid whammy bar solo. ‘Now Or Never’ opts for the guitars making out like swarming hornets , there’s a brief techno drum beat then its raging heavy metal-by- numbers until the techno-beat returns with Marx playing an eastern styled solo over it. Nice moments but nothing to write home about. Whereas hard-edged broken chords give way to a heavy groove riff with sound effects floating in and out on ‘Wind Of Freedom’ with some good guitar sounds and Amore singing over what’s primarily drumming in the verses, then getting heavy and atmospheric on the choruses. The music steers course as keyboards come in, Amore opting for a deep voiceover followed by a guitar solo and a swift return to the main song. That one holds your interest. There are hints of that between the chugging guitars and angry attitude of ‘Brothers’, less so with ‘Princess Of Undiscovered Land’ while the undulating riff on ‘Hardened Steel’ gets lost in aggressive bombast but then it reaches out for a more epic aggressive take as Amore gets to stretch his lungs rather than tear at them and is worth listening to.

‘An Angel By My Side’ features a slow moving broken chorded acoustic alongside a deep powerful bass rumble, electric guitars shimmering hard and heavy towards the middle eight with lots of synthesised wind noises low in the mix, over pained vocals. It’s where Metallica meets Alter Bridge, and probably the best track on the record. ‘How Do You Feel?’ features a tour of Ranzon’s drum kit before some heavy upbeat riffing that’s reminiscent of Dio in part, as is the slower muddy thrashing of ‘Dying For You’ though that works less successfully. ‘Who’s In The Mirror?’ has a heavy jagged riff counterpointed by drumming and an almost rap-like howl vocal approach, but oddly comes across as rather commercial. Amore has a voice you’ll either like or hate, but he can hit the high notes as he does on the acoustic folk love ballad of ‘Something’s Missing’ albeit that the vocal melody line is reminiscent of a slowed down version of Elton John’s ‘Rocket Man’. It ends with ‘Weirdo Lullaby’ and it’s just what it says on the tin, about a minute of musical box oddity, presumably played by Liotard, but it’s when they do this kind of stuff within their actual songs that they become more decidedly more interesting a proposition as a band.