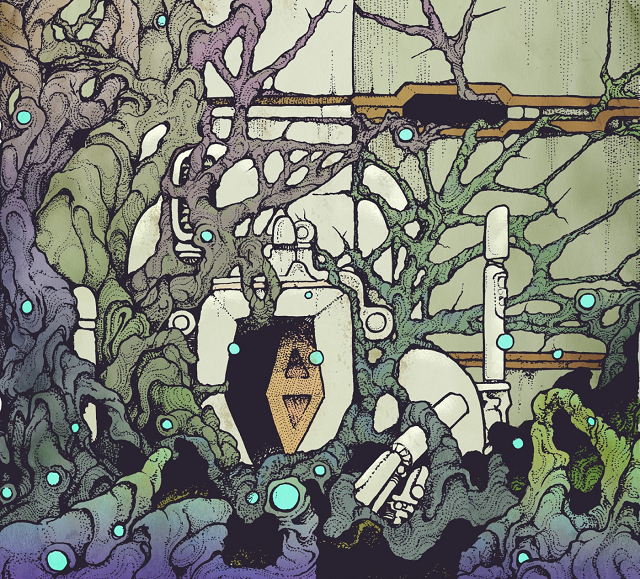 If you are not a fan of slow, heavy, soul destroying doom, then just stop reading, go away now and find something light and fluffy for your weak mind! For those that love music with no hope, no care, and no compromises, then come on in! We have something for you!

Slomatics are more than likely a band people know and love already, or one that people will never know exist as far as their world is concerned. To paraphrase one Mr Sean Bean, “One simply doesn’t just like Slomatics”, they simply just are. Most, like myself have probably come across them through live gigs across the country, where they have pummelled bodies with a sound so loud and heavy, your bones turns to dust. Can they carry that sound over to the studio and capture it though? We shall see.

The first thing I notice of the album is that although it is only 7 tracks long, there are no excessively long songs (bar maybe the final track at 10:52 length), but the shortness of the tracks take nothing away from the intense power I was concerned wouldn’t show through. It is always a worry when bands can’t convey the power they bring to the stage to an album, it isn’t necessarily the bands fault, some just are better live than in the studio, but thankfully Slomatics have done this.

Opening instrumental ‘Estronomicon’ gives you everything you expect, and the drive continues on through ‘Electric Breath’. ‘In The Grip of Fausto’ plays through as the shortest track of the album, probably the closest track that could bring in new fans not partial to this sort of thing. ‘Ritual Beginnings’ gives you a mellow breather with some slight uncomforting sounds, very early horror/sci-fi sounding at points, fitting considering their style really, and none the less, beautiful.

‘Rat Chariot‘ crushes you again in its heavy riff driven waves, and as the tide slowly rolls out at the end, it’s replaced with ‘Supernothing’ a beast of a track unto itself, over far too early, but not before the mother of all beasts ‘Into the Eternal’ steals you away. Probably the most inspiring track of the album, it is the true climax of an album that slowly builds itself from start to finish and this just absolutely soars over everything else. A must buy album from a must see band!