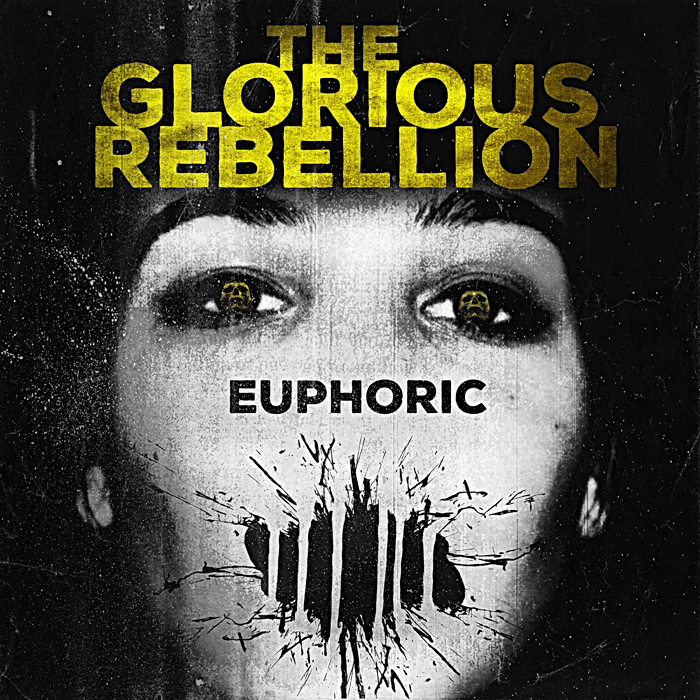 The Glorious Rebellion sounds like a cheery kind of name for a cheery kind of band, do not be fooled! This Orlando three piece are here to unleash an assault on your ears and they are not here to make friends or have a good time, at least according to their bandcamp page (they do also state no one, their facebook page, although a little cleaner in language, describes them perfectly. “Get to the point. LOUD. NOISY. ROCK.” The live feel to this album is so full of energy it is ridiculous, further proving their point really.

One look through the 6 tracks names is something that brings a chuckle to me, maybe I might be a little twisted, or maybe I just have that mindset of not caring what people think, but they do have some cracking song names!

‘It’s a Suckers Game, Kid’ brings the noise, and if you make it past that intro, you get straight into the meat and veg of what the bands about on stage, the drums dominate with such a barrage of guitar and bass coming at you hard. Vocally is what will grab you for good or for bad, the styling of it is something that fits it well. ‘Emmett Brown Has Never Met a Scott That Wasn’t Great’ (see what I mean about great titles?) brings the rock edge more to the forefront, while ‘Benaquyl’ brings a catchy singing style that somehow reminds me of something like a real harsh Buckcherry at times.

‘Have I Told You That I Loathe You’ smashes out an overdriven bass so hard you could see Lemmy question the volume, the rest of the band falls right into place on the same idea, but you can spot the pattern in songs now and the song writing style, even if the arrangements do through you. ‘The Dirtiest Dream Jobs’ throws you a little with the intro, but it soon falls into place and delivers one of the stronger songs of the album, yet again throwing you with it not being like the rest of the tracks previous. Some real great ideas in the track, even if the lyrics “We’re happy to be here” sound like they are sung with the moodiest of faces.

Closing the album is ‘Bitches Hate Misogyny’ another song like the latter, much more crushing that the earlier part of the album when in full flow, as a whole though, this band is built to play live and devastate everything in their way. Loud, Noisy, Rock indeed, you probably won’t want to listen or be able to hear anything after these for a long time, if of course you do get your hearing back.