The Winery Dogs is the outcome of two powerhouses of musicians collaborating together between projects, all that was needed was a singer/guitarist to round it off, and they soon found one. Together they became The Winery Dogs, separately (and they really do not need any introduction), they are bassist Billy Sheehan (Steve Vai, Mr. Big, UFO, David Lee Roth etc.) drummer of every band you like Mike Portney (Dream Theater, Twisted Sister, Metal Allegiance, Stone Sour, Avenged Sevenfold etc.) and guitarist vocalist Ritchie Kotzen (Poison, Mr. Big, Arthur’s Museum etc.).

If their individual rosters are anything to go by, the culmination of this effort would turn out something magical, and boy did it.

‘Hot Streak‘ starts off exactly as you would expect, an all out blend of everything you expect from these musicians, with ‘Oblivion’ bringing an almost jazz feel to a great classic 80’s rock track. The first thing that screams out at you for familiarity is Kotzen’s voice. Imagine ‘Chris Cornell’ but with a little less of the thick tone and more dynamic, it fits the track well, and is a great opener.

Following straight on is ‘Captain Love’, this is more of the glam/hair metal style of the 80’s than anything else, flavoured with matching cheesey lyrics to really drive home the style. Sheehans bass playing takes control before the solo break before Kotzen comes in with a style and tone very reminicent of ‘Joe Satriani’ and its then that I really start to recognise how much like Satriani the whole song is, imagine his ‘I Wanna Rock’ track but written for vocals, and you won’t be far off at all.

Title track ‘Hot Streak’ comes in with a strong Jazz feel, showcasing Portneys skin beating skills in the field, while Sheehan and Kotzen combine their stringed weapons of choice with a great blend of simplistic playing to perfectly compliment the drums. The musicianship of the band really is stands out with this track, with it soon breaking into very fluid dynamic playing taking in everything each member brings to the band, but pushing out a something that in no way sounds forced. An all round good feeling rocker of a track, ‘How Long’ carries that talent straight on.

‘Empire’ seems to drop the jazz feel that has been felt across the past few tracks in favour of something a little more funky. Kotzens voice seems to have developed into a hybrid of a voice to me on this track too, now almost a fusion between ‘Chris Cornell’ and ‘Joe Bonamassa’. Fitting the song well, this track hits more on the classic rock sound. Hard not to enjoy, and I can only imagine it being perfect for the road trips of long hot summer days away with great company. 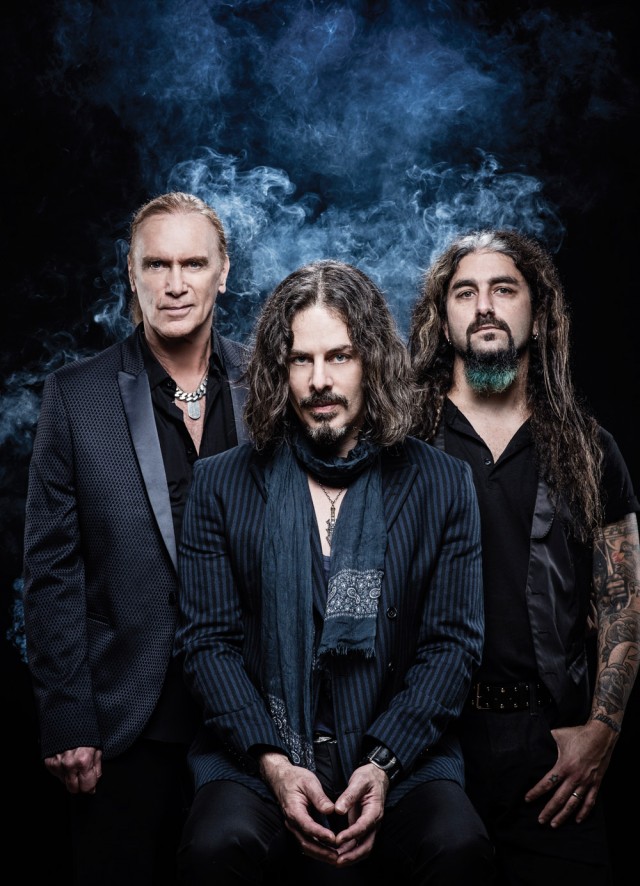 If ‘Empire’ is the track for long hot summer days, then the next track ‘Fire’ is more for the laid back rainy days in. An easy listening song, and despite the great nuances of flamenco acoustic throughout, I feel that the intro let the song down for me. Not because it’s a bad intro, but probably because it reminds me of all those songs in elevators or frustration phone calls of being stuck on hold.

Now into the second half of the album, ‘Ghost Town’ comes back up tempo, and very much a rocker of a track in terms of musical styling. Vocals tone it back a little, it opens the song up a little to the elements which sits nicely, I could quite comfortably and very happily pull out the old Sega master system or mega drive and play Sonic the Hedgehog to this kind of track. ‘The Bridge‘ is very much the same, with a lower range of vocals for the majority of the track, and Portneys playing coming through a little harder thanks to this.

‘War Machine‘ plays like a dirty rock track thanks to Sheehans ever present bass lines, while ‘Spiral’ steps back again for a more mellow approach, reminiscent of a laid back ‘Queen‘ thanks to a very radio friendly chorus.

‘Devil You Know’ brings back the fire the album had at the beginning, back are the 80’s rock sounds and the real excitement that comes with it. A real showboat of a track, Portney does what he has throughout the album and provide a completely solid backbone, hard not to imagine him throwing his arms everywhere behind a kit while his hair flies everywhere, but this track is all about the riffs and solo of Kotzen for me, he has the ability to touch on so many styles through the album. This is the strongest, stand out one for me though, touching on the territory of ‘Van Halen‘. ‘Think it Over’ is a little less rock thanks to its southern flair, a feel good track that just sounds like its written itself. One for remembering good times and nostalgia, its like a rock track that could sit over the opening of the old TV show ‘Wonder Years’.

Album closer ‘The Lamb‘ is the longest track on the album at 6:44, and it brings out the best of each performer. For me it highlights the progressive styles that each of the three members have gained through their times as musicians and culminated it all into something fresh. Around three quarters through the album where it feels a little stale, it soon gets rejuvenated with the last few tracks, and ‘The Lamb’ feels like everything has been a build up to it. A fitting end to what is an all round good album, sometimes when bands get together with so much talent, the outcome can fall short of the expectation. The Winery Dogs have turned out an album that takes a look at what you expect, laughs at the pigeon holed ideas, and gives you a plethora of musical ideas that probably wouldn’t work had anyone other musician attempted. 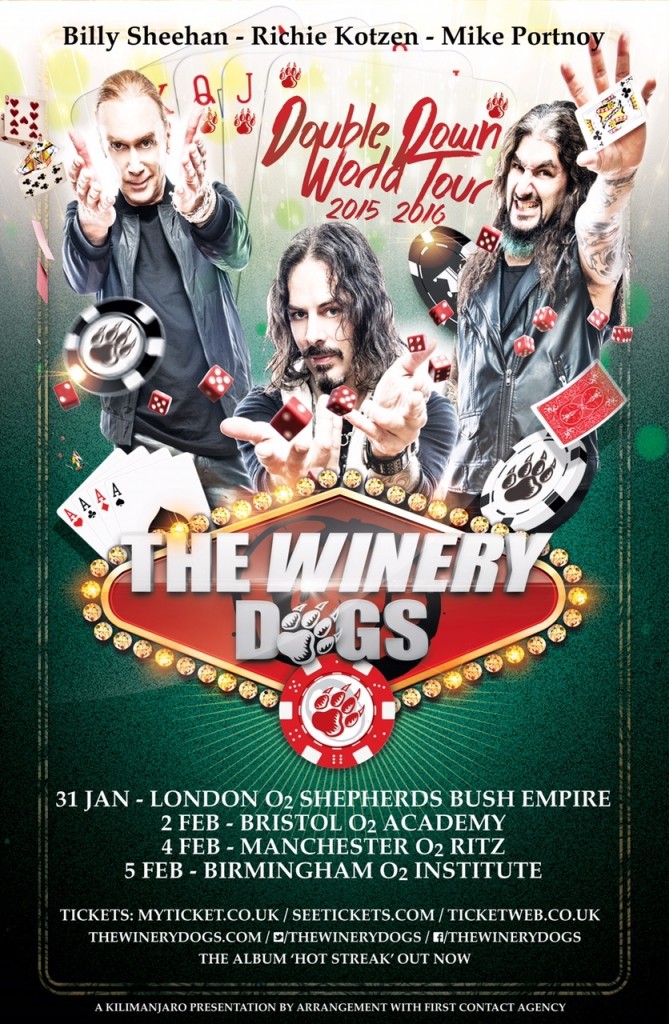