Robert Jon & The Wreck – Last Light On the Highway 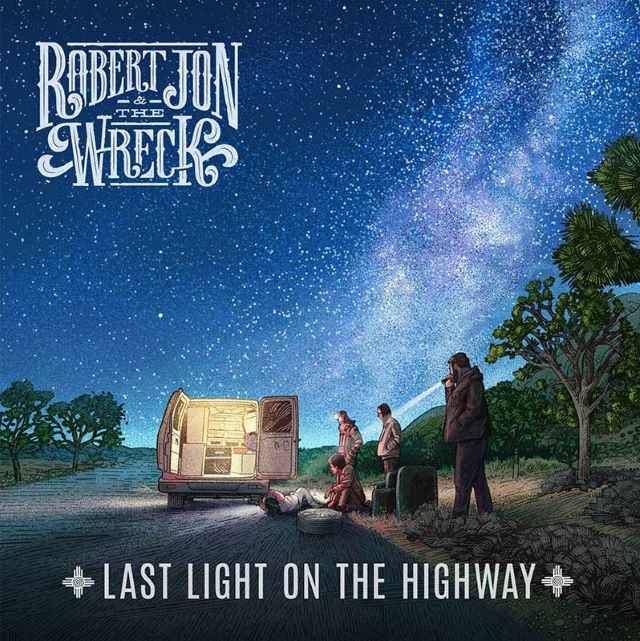 Never judge a book by its cover. I’m told Robert Jon & The Wreck is a Southern rock band, I see big long beards and tall cowboy hats in their photos and presume all the stereotypes imaginable.

Yes, there’s an opening guitar lick that signals we’re deep in that neck of the woods, but we’re wrong footed because ‘Oh Miss Carolina’ is more akin to a slow rock ballad. Though, to be frank, we’re not sure if it’s about missing someone, or possibly a play on words and it’s about missing the place. But then Southern rock at its root is a mixed-up beautiful mess about people emotionally tied to their heartland.

‘Oh Miss Carolina’ features the camaraderie of the band at its finest. A struggle that everyone can relate to in any relationship; how to set differences aside and try to move forward.  When the chorus kicks in it’s the first indication of some amazing harmonies to be found on this album, supported by a group of finely attuned musicians.

It sets the scene in what for all intents could be a concept album, with its various linked themes of love lost. Because it’s the feel and not chicken-scratch guitar picking riffs that beds this in southern rock territory. Now, don’t go all chick-flick shy on me, but I see Last Light On the Highway as the musical prequel to the Reese Witherspoon’s starring movie Sweet Home Alabama – Only this is more the story of before her return, as if  sung by actor Josh Lucas in the role of Jake Perry.

Trust me, it’s worth the ride. Especially since the detours take you down some unexpected roads. Take ‘Work It Out’, a 50s styled bobby-socked slow dancing hoochie-coo rock ‘n roller with close vocal harmonies that sets the scene as relationships begin to go awry. The tempo picks up with some sweet guitar harmonies for the hook driven break-up song that is ‘Can’t Stand It’ – A number that has mainstream hit record potential if plugged on the right radio stations. Here the guitar harmonies

‘Tired of Drinking Alone’ is a natural follow on. This blues tune could be as much about a lover as a lack of friends, though it’s fair to bet on the former. The same goes for the euphoric nostalgia heard on ‘Do You Remember’ with hooks aplenty, and a guitar melody guitar line that tips its hat to The Allman Brothers. Frankly you could come from Timbuctoo and it would still have the listener reminiscing about their own endless summers of youth.

The slower shuffle of ‘This Time Around’ adds a country rock feel. The key line here, to extrapolate on the title is: “I promise I’ll be a better man this time around”, but whether he means the same woman or if he’s lucky enough to land another keeps the bitter sweet mystery going.

With ‘Don’t Let Me Go’ things begin to change course, there’s a grinding guitar that kicks up smartly come chorus time. Blues rock with a smoother afterglow when the guitars rampage for a while you welcome them in to stick around a while longer. ‘One Last Time’ plays gently on keyboards even as the drums start picking up, guitars being introduced slowly on this song of mystery followed by discovery as it shoots up a breeze in the chorus, then the walls come tumbling down as Seattle visits the South for some raging rock!

A piano is played plaintively, guitars coming in gently as ‘Gold’ the album’s biggest song of regret begins. It takes the various themes expressed previously: innocent youth, not being good enough, cheated on and all points in between, with so many lovely frustrated lines: “I think I’m just too old to fight and too young to give up” being but one as the guitar solo steps in at just the right moment for you to hold back the tears. Call me an old romantic, so what.

The title track sees out the door, and it comes in two parts. ‘Last Light on the Highway Pt. 1’ is an acoustic guitar played arpeggio style under vocals with a travelling metaphor that begins to put distance between the musical suite that has gone before us, with the most haunting of backing vocals going “Oohs”. When ‘Pt. 2’ kicks in you’ll need to hold onto you Stetson because it really is all change. It begins like some very early Genesis piece before electric guitars and an orchestrated sound ensues in between faux classical piano melody lines and big dramatic chords. It’s almost freeform jazz in the manner before hard rocking sections take over. The nearest musical counterpart is The Doobie Brothers’ ‘I Cheat The Hangman’ from their Stampede album, but it rocks out in defiance with a biker southern rock determinedness, part evoking The Outlaws’ interpretation of ‘Ghost Riders In The Sky’ and REO Speed Wagon’s ‘Golden Country’ with echoes of British bands as diverse as Pink Floyd and very early Deep Purple thrown in there. It’s Epic. There’s a coda with the acoustic melody from ‘Pt. 1’ but that’s almost gilding the lily.

As an emotional experience, this is possibly the best album I’m going to hear this year!