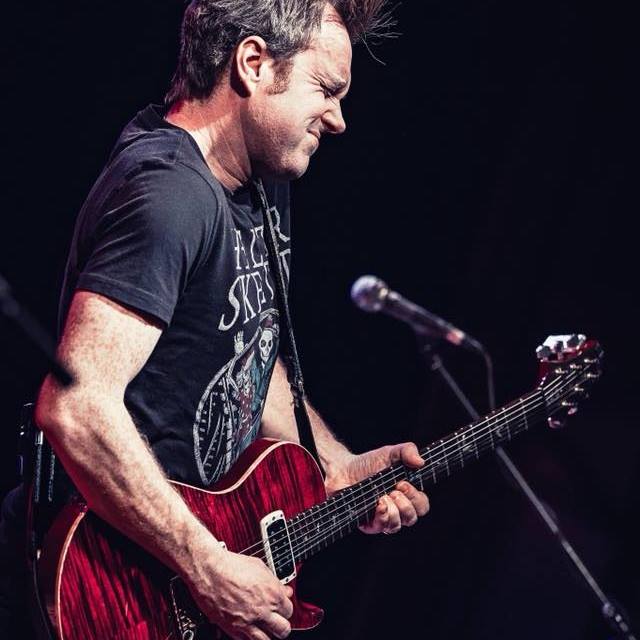 Simon McBride is a Belfast boy who’s been referred to as the spiritual heir to other Irish guitar greats like Rory Gallagher and Gary Moore, and he’s someone who’s been steadily making a name for himself since winning Guitar Magazine’s Young Guitarist of the Year award at the tender age of 15. After playing in bands like Sweet Savage, Simon went solo in 2008, releasing albums like Rich Man Falling and Since Then, which saw him nominated for a British Blues award.

A fully-fledged blues-rock virtuoso, he’s now on the verge of making a real name for himself. His prowess on the guitar has been acknowledged by leading figures in the guitar world, after all, you don’t get to open shows for Jeff Beck and Joe Bonamassa unless you can really play. Here in 2022, he’s deputising for Steve Morse in Deep Purple while Morse takes a leave of absence due to his wife’s illness. Purple’s a band who knows a good guitarist when they see one, and Ian Gillan rates McBride as one of the best guitarists in the world.

The Fighter is a rock album with crisply played melodic hooks and is indebted to the Blues. On this album we get taken on an autobiographical journey, with songs about dreams, life on the road and struggles… “we can do it but it just takes time,” he tells us in ‘Just Takes Time’, a song with just a hint of Lenny Kravitz’s Sail Away in the mix. McBride’s seen and done a lot along the way, not for nothing is the album called The Fighter and the title track contains some quite muscular guitar shredding.

The opening guitar blast on ‘Don’t Dare’ hits you between the eyes and his raspy voice is a cross between Joe Bonamassa and Paul Rodgers. ‘High Stakes’ was released as a single and he really let’s rip on this high energy rocker about someone who “doesn’t know when to walk away.”

Tracks such as ‘100 Days’ and the gorgeous yet slower-paced powerful rocker ‘Show Me How To Love’ have touches of ZZ Top in the mix, and if you enjoy fast guitar workouts, ‘King Of The Hill’ and ‘The Stealer’ offer all the guitar blitzing you could want.

This is an album of solid bluesy influenced rock played in the absence of histrionics. The playing is richly melodic and it rocks out. There’s evidence of the use of keyboard on tracks like ‘Trouble’, though they’re mixed too far back to be really noticeable. But this aside, if blues-rock is a genre you enjoy, this is an album well worth checking out.