The Rods invite you into the ‘Brotherhood of Metal’ 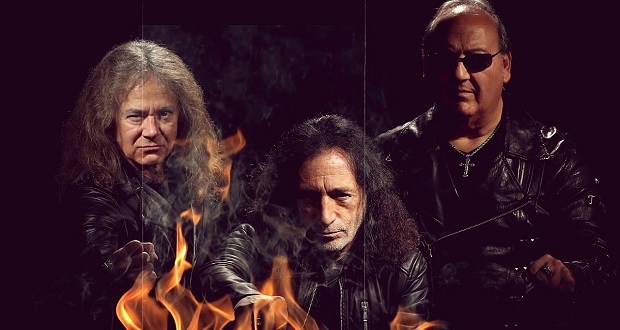 It might be thirty-odd years since Dave ‘Rock’ Feinstein and the power trio that was -and is – The Rods first came to the notice of the music industry. Their latest album, which is the third since the 2008 reunion, suggests that time hasn’t changed them that much. Nor has time (or the press) allowed Dave to forget that he is the cousin of Ronnie James Dio. Although that doesn’t have any real bearing on him or the band’s output apart from a shared love of heavy rock and metal.

On the latest album, Brotherhood Of Metal Dave again plays the guitar and sings and is joined by Garry Bordonaro on bass and Carl Canedy on drums. There are keyboards throughout too. After the first run through the main thing to strike me is that the band haven’t included the obligatory ballad. Non-conformist eh, Dave?

Instead, it is all rock, all heavy and all pretty damn good. Although I do still prefer his 2010 ‘solo’ album featuring, and dedicated to RJD called ‘Bitten By The Beast’. In saying that, there are some pleasing similarities to that catalogue of riffs in the new album. After lulling with gentle piano and harmony guitars, the title track quickly serves up the raison d’etre of this band: riffs, pounding bass, and drums and solos of quality.

He’s not a bad vocalist either and carries off all of the songs with aplomb. ‘Everbody’s Rockin’ will be sheer bliss live, as they manage to sound like Sabbath, Rainbow with a Purplish tinge and yet original. ‘Tyrant King’ takes a more early Priest approach to the weighty riff and I can even forgive the cliché-laden lyrics as the song structure s so strong. The guitar solo is worth the wait too as he doesn’t shred it and preserves the integrity of the rest of the song.

‘Party All Night’ is two and a half minutes of heavy funk and it’s drums and bass intro is just different enough to be great. The closing track, ‘Evil In Me’ is the best and least derivative and, at over six minutes, is the epic this album deserves. It has a decent keyboard solo that leads to a guitar solo that has weight, pace and depth.