Timechild show off layers and depth on And Yet It Moves 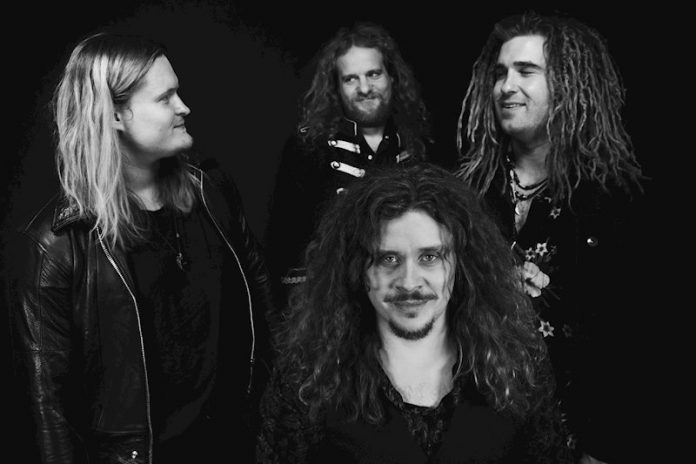 Timechild were formed in 2020 by four experienced Danish musicians: Anders Folden Brink on Lead vocals, rhythm & lead guitar Birk, Lead & rhythm guitar, backing vocals, Martin Haumann on Drums and Daniel Bach on the Bass and backing vocals. Together they’ve created nine tracks that have a refreshing light and dark, heavy and light quality, but with rock underpinning everything.

The debut album is not about the World Turtle that must forever transport Discworld: no, And Yet It Moves is the last phrase uttered by physicist and philosopher Galileo Galilei after the Vatican forced him to recant his scientific belief, that the Earth moves around the sun and not the other way around. For the band, the pandemic became time to “jointly develop their common sound and expression.” So, although they show past influences from the pantheon of rock, they have managed to keep that ethos and still be original.

Opening with the title track, they set out their stall with a Yes meets Priest intro, building into a solid barrage of rock. ‘This Too Will Pass’ has elements of Heep and Zep in the main riffs: a Gypsy in Kashmir is no bad thing ‘cos this works so well that the familiarity actually contributes to a cracking song. ‘Children of a Killing Sun’ is a great, multi-layered Sabbath (Dio) tailored song but again maintains a refreshing originality with tasty riffs, guitar solos and drum workouts making it even better. ‘Shrapnel’ is as close to a ballad as you’ll get as it melodically builds to the weightier middle section and another lovely solo. The guitar/bass duet intro of ‘Last Frontier’ heralds more quality heavy rock. The final track, ‘The Bite of Frost’ is Priest with added Maiden-isms.

Listening to this you will keep saying “sounds like…” but therein lies the clever part of this work: it’s very familiar but still new and still good, no matter which way you measure it.

And Yet It Moves is released on 12th November on CD and a choice of vinyl finishes through Mighty Music.