Weed Demon are ready to stamp you out with Crater Maker 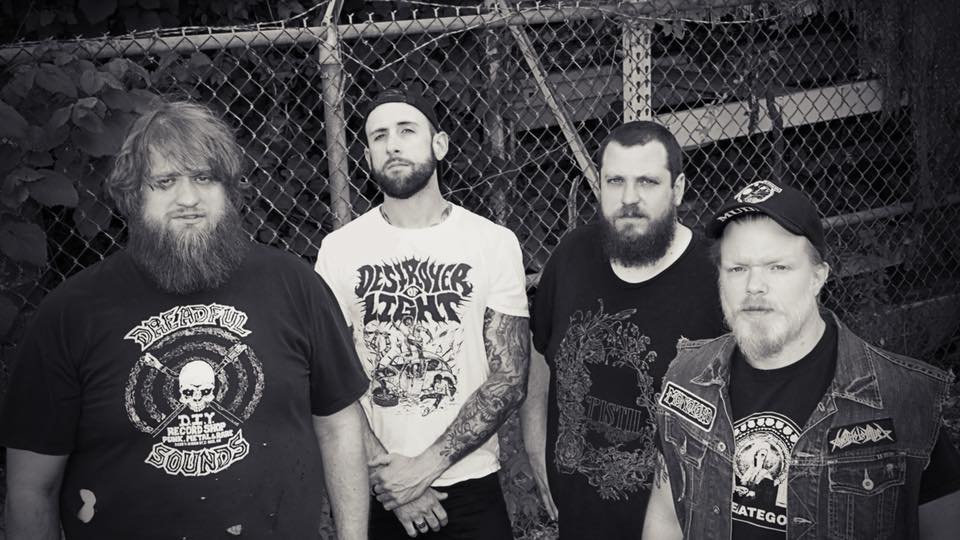 It has to be admitted that on the first play through the opening two tracks, both instrumentals, ‘Atmospheric Drag’ and ‘Birthquake’ didn’t immediately grab my attention, they are a little drawn out and underwhelming, the musicianship is good nonetheless, there just doesn’t appear to be much direction in opening the album.

This is all rectified by track three, ‘Serpent Merchant’ which brings the heavy, deep death growls, fuzzed-out bass and typical doomy down-tuned guitars, all the staples are here and this is one killer track that runs for almost ten minutes, this where the rough edge on Weed Demon’s sound really becomes apparent, hidden before in the instrumentals, the echoed growls and distortion that threatens to outweigh the drums comes together from this track onward.

Title track ‘Crater Maker’ follows in at track number four and is another lengthy, heavy track that captures the audio imagery set out with the albums overall theme, absolutely, dominating power of an unspeakable beast that trudges across its domain, obliterating all in its path. That’s not all though, the track hides a nice, wavy portion that counteracts with the guitars distorted, drawn-out chords and this is just one a few neat little tricks Weed Demon pulls across the duration of this record. As the title track draws to an end it picks up a more black metal tempo and charges headfirst to the finish line.

There is a bit more groove on penultimate track ‘Elder Tree Pyre’ and the colossal, eleven-minute ‘Sporelord’ that closes the album contains an almost hidden, psychedelic, reggae dub infused outro that was completely unexpected. Had “Crater Maker” only started as strongly as it progressed and finally ended this would have been more of a standout record in the Doom scene, that being said it still well worth a listen when it releases on April 3rd, there are things here you’d never expect to find on a stoner doom release, pleasant surprises and damn fine fuzzed-out trips.

Crater Maker is out now!