Suzi Quatro to release compilation ‘Legend: The Best Of…’ 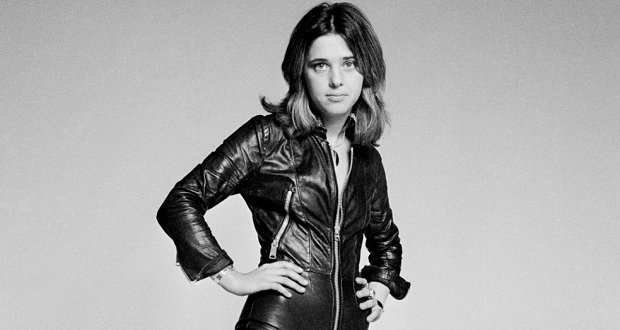 The Best of Suzi Quatro: Legend is due on Friday 22nd September, a 20 track compilation album personally curated by Suzi Quatro herself and featuring digitally re-mastered versions of all her biggest hit singles including ‘Can The Can’, ‘48 Crash’ and ‘Devil Gate Drive’.  Released by Chrysalis Records   the album will be available on gold coloured double vinyl, CD and via digital platforms.

Hailing from Detroit, Michigan, Quatro had more in common with the likes of Grand Funk Railroad or Bob Segar & The Silver Bullet Band than The Supremes or Martha & The Vandellas back in the day, and while it may have been her sister Patti who joined Fanny (often referred to as the first all-female rock band); it was Suzi who record producer Mickie Most picked out among those playing in Cradle and brought to the UK.

Scoring a number one hit in 1973 with the first of a number of tunes penned by Nicky Chinn and Mike Chapman in ‘Can The Can’ the leather-clad rocker was set for a long-term career, having held her own the previous year supporting Thin Lizzy and Slade. Still touring and recording to this day (both solo and in the glam rock supergroup QSP, also featuring Sweet’s Andy Scott and Slade’s Don Powell) she may have got bitten by the acting bug now and again (Playing Leather Tuscadero in Happy Days and starring in the West End musical Annie Get your Gun) she’s proved that not only can women rock but that there’s no reason for them to retire either, being a major influence on The Runaways (most notably Joan Jett) and paving the way for bands like Girlschool.

Not only will The Best of Suzi Quatro: Legend be released but the four studio albums that she originally released between 1975 and 1979 on the RAK label, will be digitally re-mastered and available to download and stream across all digital platforms  (her  eponymous 1973 debut Suzi Quatro and 1974’s Quatro already being available). The four albums are 1975’s Your Mamma Won’t Like Me, 1976’s Aggro-Phobia, ‘78’s If You Knew Suzi and ‘79’s Suzi… and Other Four Letter Words.

“I’m excited about my new compilation, said Quatro, “It’s not just the hits, which I love, but it also features favourite and important tracks from my albums, with an extensive Track By Track on the liner notes. Enjoy one and all.”

“The hits are the hits,” declared the singer about Legend, “but as Mickie Most always told me, ‘Your self-penned songs are the meat of what you do, Suzi’. Enjoy some of my personal choices.”

The Best of Suzi Quatro: Legend   can be pre-ordered via Pledge or pre-saved via Spotify.