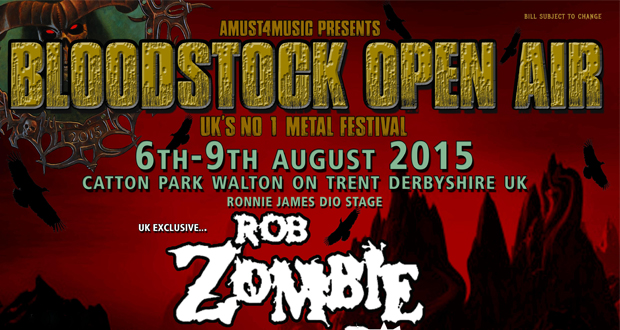 BLOODSTOCK have revealed their final headliner for the festival taking place in 2015. Trivium will take the stage, for a UK exclusive for 2015! Frontman Matt Heafy tells us:

“The UK is where the world first took notice of TRIVIUM, and to pay true homage to that, TRIVIUM will be playing the most Metal festival that exists in the UK: BLOODSTOCK!  We are thrilled beyond words to celebrate our first time at BLOODSTOCK with the the UK’s Metal elite.”

With a new album rumoured next year, on the mighty Roadrunner Records this is sure to be an above the norm show!

“We just had a kick-ass tour in the UK with lots of sold-out shows!  With this fresh in our mind, we cannot wait to return to these shores again and this time we can actually bring our full production to BLOODSTOCK!  It will be the first time we have done a show like this at a British festival!”

he band also have a one-off show on Jan 12 at The Forum in London, with support from DELAIN and BATTLE BEAST. Check out ‘To Hell And Back’ from latest album ‘Heroes’, released via Nuclear Blast in May.

Portland, Oregon’s ‘dark folk’ metallers, Agalloch also join the bill for the Sunday. Having released fifth studio album, ‘The Serpent & The Sphere’ this summer, the band are excited to bring their atmospheric and progressive new material to Catton Park.  Check out the standout track ‘Dark Matter Gods’ from the latest album here:

In the interests of seasonal cheer, BLOODSTOCK will be upgrading two random ticket buyers up to VIP, for all purchases made before 15th December!

Buy now to be in with a chance to win, or, if you’ve already bought yours you’ll be automatically entered into the draw!  Pick up your tickets now and you could be enjoying VIP status on site come August!!  Winners will be announced and contacted with the good news before Christmas.

Last shot for early birds! The special low price early bird weekend tickets with camping are only available until Dec 15 (unless they sell out first)!  Pick ‘em up cheap at £120 (plus booking fee) from http://bloodstock.seetickets.com/event/bloodstock-2015/catton-park/809956. Guaranteed delivery before Christmas and excellent gifts! Campervan pitches are also nearly all gone, so pick yours up ASAP to avoid disappointment.

BLOODSTOCK will be held at Catton Park, Derbyshire on 6th-9th August 2015.  Keep up to date with the very latest info on BLOODSTOCK’s official sites at www.facebook.com/bloodstock and www.bloodstock.uk.com. 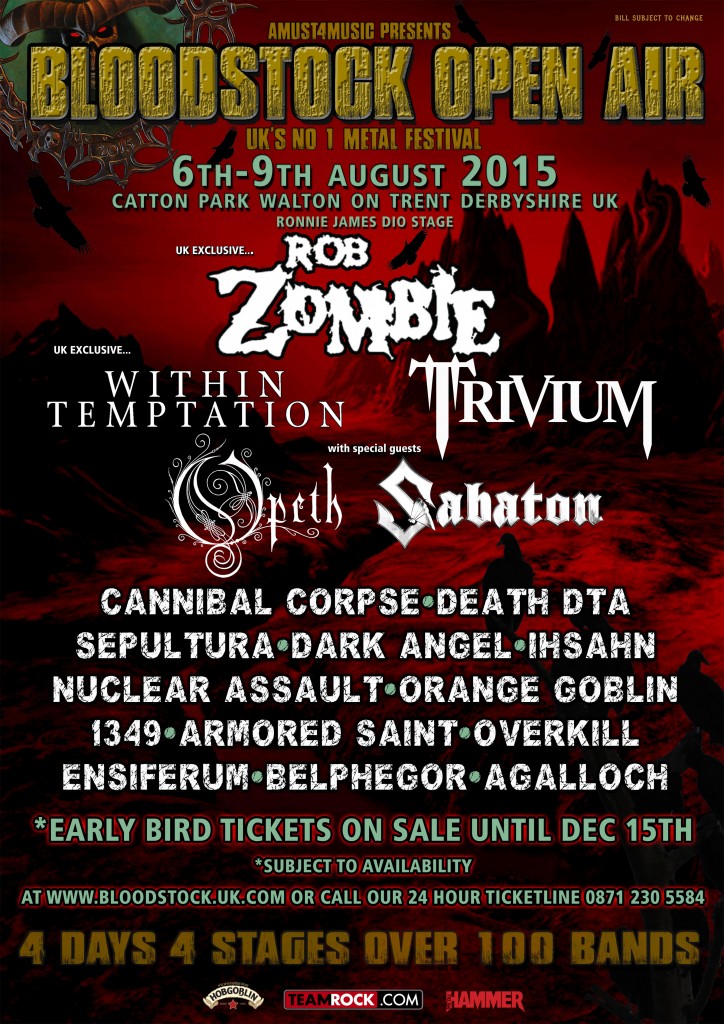