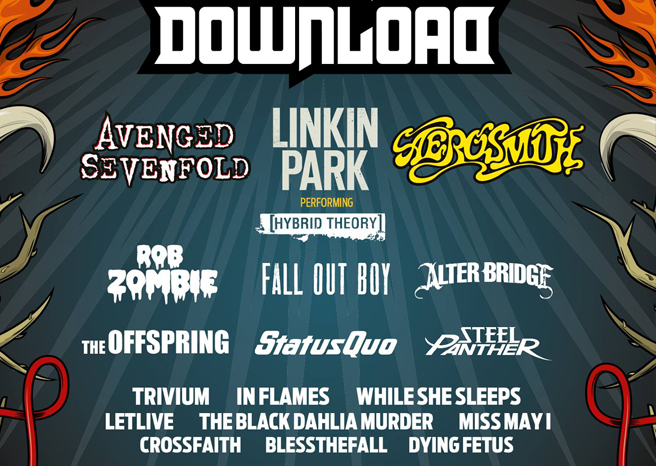 Download festival have just announced the following bands to the festival line-up!

And the previously announced Dying Fetus!

Headlining this years Download Festival is Avenged Sevenfold, Linkin Park (performing Hybrid Theory), and Aerosmith. Rob Zombie was announced as a special guest. Others announced were Fall Out Boy and Alterbridge.

We want to know your opinion of this years line-up! Who would you like to see added to this bill? Simply tweet up @ram_zine or if more lengthy email Vicky@ramzine.co.uk. 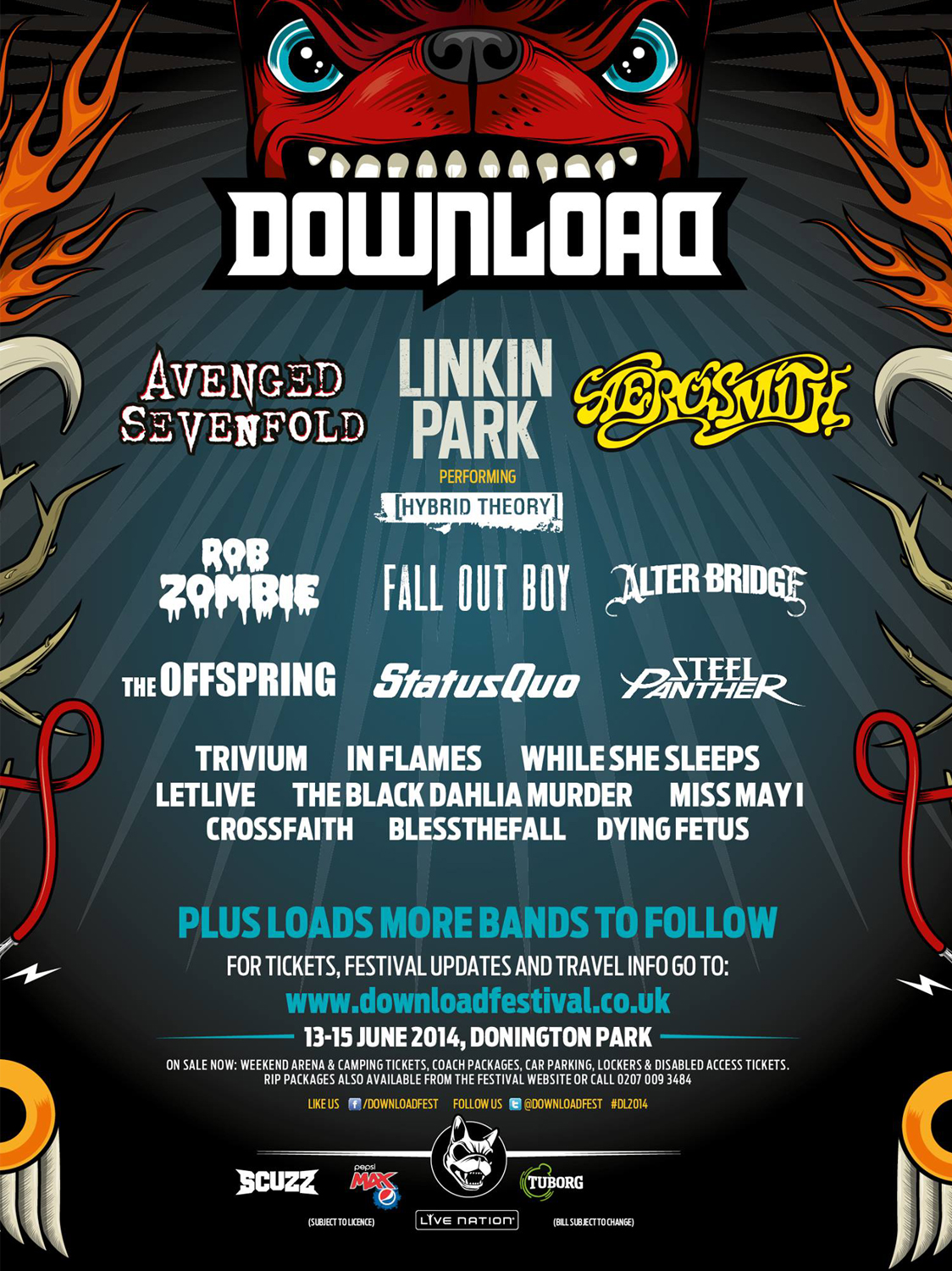