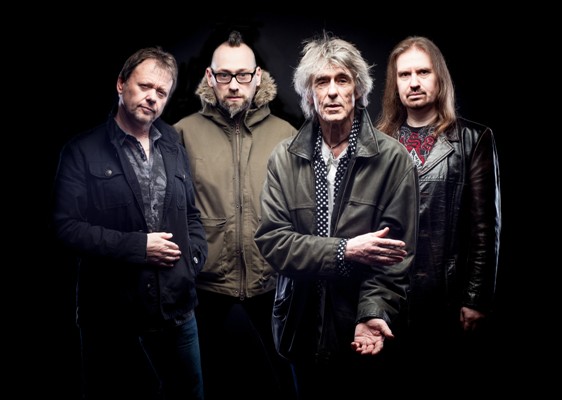 Former Wishbone Ash vocalist and bass player Martin Turner returns to the tour the UK with his solo band this Spring. It has been announced that following last year’s sold-out shows where they performed Wishbone Ash’s seminal 1972 album Argus in its entirety, they will follow suit performing 1974’s iconic There’s the Rub album in full.

There’s the Rub marked a departure for Wishbone Ash. Not only did former Home guitarist Laurie Wisefield replaced original member Ted Turner the record itself was the band’s first to be recorded in the USA, with Bill Szymczyk of Eagles fame in the producer’s chair. The album received rave reviews and charted at #16 in the UK album charts, tracks remaining fan favourites to this day, not least the mighty ‘F.U.B.B.’ that rides on Turner’s Gibson Thunderbird bass line.

Returning to live performances in recent years, playing not only solo material but songs from the classic periods of Wishbone Ash’s history, Turner’s Spring 2018 tour coincides with the release of a deluxe 30-disc Wishbone Ash career retrospective CD boxed-set entitled The Vintage Years 1970-199  as well as his own 2016-recorded 2CD/DVD package The Beauty Of Chaos – Live at the Citadel.

Martin Turner’s current band line-up features guitarists Danny Willson and Misha Nikolic, and drummer Tim Brown. Dates for the Spring Tour are listed below and will be followed with further dates later in the year for Autumn.