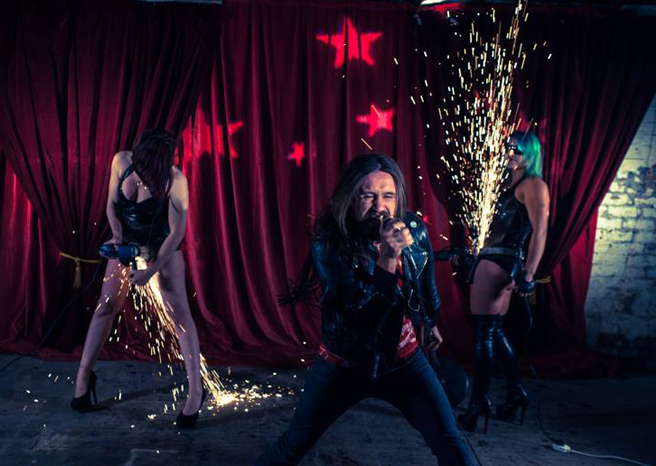 This week hard rock band Massive Wagons have released new video ‘Red Dress’ – which will be released on the 23rd June as a single alongside two bonus tracks ‘Blood Rain‘ and acoustic track ‘Hurricane Suzy’.

Vocalist Baz Mills says of the video “Well, the first video for the new album is pretty special moment. We are immensely proud of all the tracks on this album but we felt ‘Red Dress’ was always the single. The guys at Video Ink combined with the circus performances from the girls at Monster Cirque have just smashed it to pieces, it’s mega, could not be happier with it. We really hope everyone enjoys it and digs the tune.”

Jonni Davis CEO of Off Yer Rocka Recordings added “Red Dress is the start of a new journey between OYR and the Wagons, one that should be as much fun as the making of this new video.”

Having recently signed to Off Yer Rocka Recordings Massive Wagons are set to release new album ‘Fight The System’ along with some tour news very shortly!