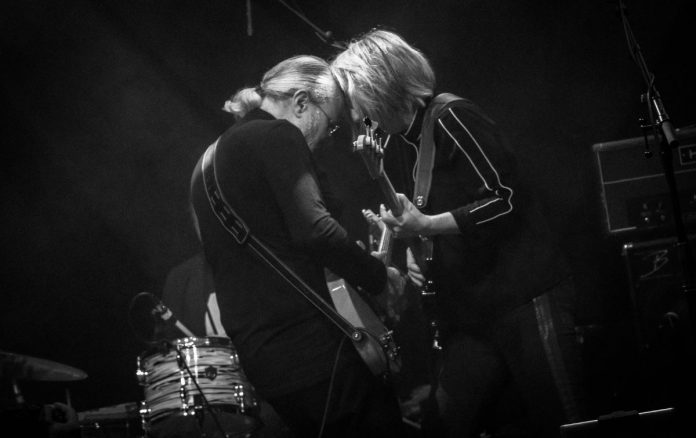 European Blues Award nominees, the Starlite Campbell Band is gearing up for completion of their forthcoming new album The Language of Curiosity, moving from the UK, to Germany and now residing in Portugal during the creative process.

Formed in 2016, the band is led by married couple Suzy Starlite and Simon Campbell. Their debut album, Blueberry Pie was nominated for a European Blues Award in November 2017 and blends British blues, rock, and folk.

Their first recorded collaboration was on British Blues Awards nominee Campbell’s second solo album, The Knife, he having been invited to join Starlite’s band, prior to the pair becoming a couple.

With both delivering vocals, and Starlite primarily on bass guitar, keyboards and bass pedals, while Campbell handles guitars, mandolin and other instruments, the band has toured internationally but such activities put on hold during the coronavirus pandemic.

It has, however, been allowing completion of The Language of Curiosity to take place, and the instigation of a crowdfunding campaign, as a popular and ethical way to raise money for this particular project by offering exclusive, limited edition items for a short period of time.

Thus, if you want to bag a backstage T-shirts in heavy high-quality cotton, among other items, alongside supporting a new album release, we advise you to click here.

‘Stone Cold Crazy’ is the Starlite Campbell Band’s latest single, and you can watch the video for it right here at RAMzine.