The Merciless Book Of Metal 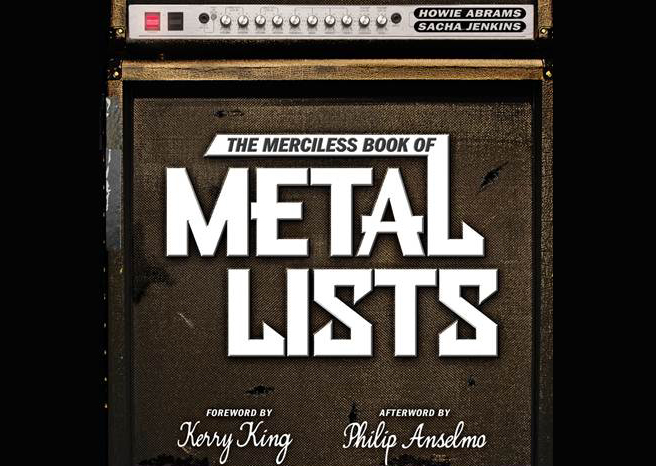 At last there’s a book that will tantalise and produce fables to tell over several pints about all things that rock in the night. ‘The Merciless Book Of Metal Lists’ will be hitting books stores from April 9th!
Featuring contributions from rock Gods of the like of Scott Ian (Anthrax) Max Cavalera (Sepultura/Soulfly) Gary Holt (Exdous) and loads more. The book will feature lists that tell all of the triumphs of all things metal and of course things that didn’t work out from the diehards point of view.
Written by Howie Abrams and Sacha Jenkins who themselves are NYC metal scene veterans and boasting a foreword by none other than Kerry King (Slayer) and if that wasn’t enough you have an afterword by the legend that is Phil Anselmo (Pantera). The book promises to leave no stone left unturned.

Check back at RAMzine.co.uk next month for our review of the book!