Melvins are finally Working With God 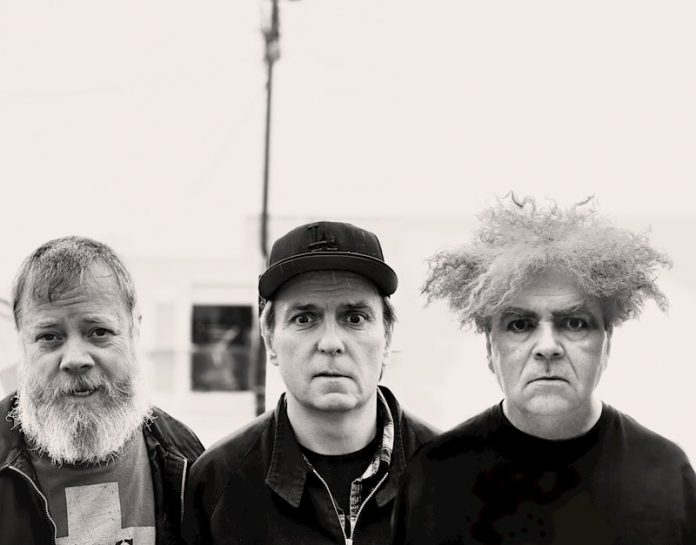 Here is an album that will brighten up even the current lockdown…King Buzzo has delivered yet again as Melvins release their latest opus, Working With God. When asked for the press release why they chose that title, the response was pure Melvins: “it was because it was time to get right with the lord. Once we added up all the crimes and bad shit we’d gotten away with up to now it seemed like a good idea”.

If you’re unfamiliar with these good-time rockers, then I heartily recommend you read our very own Jay Brown’s feature on their class and Classic Houdini album here.

The album kicks off in true anarchic style with a Beach Boys cover…WTF? you might well say but, fear not, as not only is it heavied up, the title has been errr, adapted to ‘I Fuck Around’ and will have you smiling by the end of the first line…just don’t let the kiddies hear! ‘Fuck You’ has a similar surfing feel, but only if you imagine the Sex Pistols playing it (and the bass is sheer brilliance). ‘Bouncing Rick’ is a sort of Zep/Metallica/Sabbath mash-up that sounds just great. My current favourite however has to be the complex but accessible genius of ‘The Great Good Place’ with a hefty riff, phasing, and around goodness.

Special mention has to made of ‘Brian The Horse Faced Goon’ which is introduced by the title sung to an off-kilter Rudolph of the Red Nosed variety before the main song transforms into a slow heavy grungy and quite a brilliant composition. It closes with a lullaby (played backwards at first) before ‘Goodnight Sweetheart’ is morphed into a barbershop style and leaves you as the album started, with a smile on your face.

As reliable as ever, this is vintage Melvins and in full humour, weaving strong riffs and compositions throughout…give it a listen; you will not be disappointed.