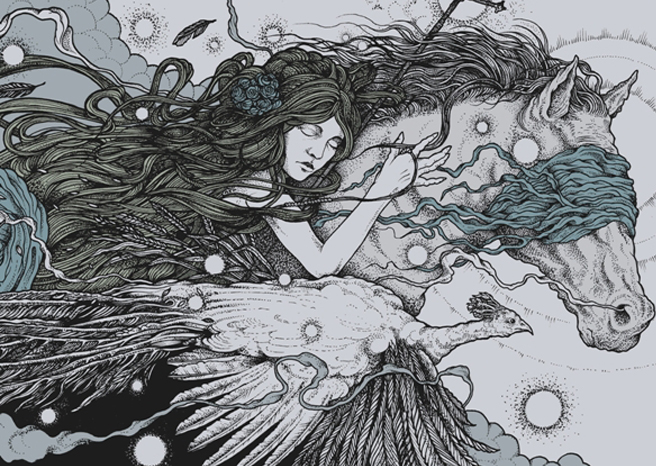 Having stormed the hardcore scene in 2011, POLAR are set to do exactly the same again in 2012. Boasting the largest circle pit of last year at Hevy Fest, the band obviously has the right amount of inextinguishable fuel to light a crowd’s fire.

Their debut album has a lot to live up to after the stellar success of their debut E.P, This Polar Noise, established rave reviews from the industry. Iron Lungs is no exception.

This behemoth of a record kicks you in the teeth and leaves you bleeding out before you can whimper under your breath “help me”. After the swarm of desolate distortion, K.C.M. explodes into action like any first track firmly embedded into a Hardcore album should. The chorus displays a warming ascending flow that is accompanied by subtle Rhoades-esc chords, blending the immediate violent experience into something vividly warming.

Skip to Eighteen, the third track on the album, and you discover restrained influences of the Lost Prophets, and more noticeably, Taking Back Sunday. This continues into the fourth track H.E.L.L, where the boys get incredibly snare happy, but just when you think it’s safe to venture outside again, you find yourself in the middle of a beat-down storm that picks up everything in its path.

The snares return, only to clear the metaphorical mosh pit for a short onslaught to the end. The most prominent and dynamic song of the whole album, Lifeboats, takes you on a tour of subgenres all interrelated, and expertly assembled, to cement this track as the powerhouse that it claims to be. Its blues esc single guitar riff and stereo widening almost sung gang vocals, coupled together with a surprising five second echoed and resonant soundscape, creates a wanted change from the repetitive punch in the face that Hardcore can sometimes exude.

The title track to this record can only be described as pure bliss. It vaunts a beautiful mix of incredibly sexy production and great musicianship. It is a welcome change in pace for a record which does intend to break you from the get-go. Alex Woodford’s vocals take a well-earned rest on this one, and from 1:35 onward, it almost sounds anthemic in tone, further more establishing POLAR as a band that aren’t all aggression and noise. Broken Bones brags rasping guitar chugs that would make any one run in swinging, and while For King And Country demonstrates a similar aptitude, the ending with its sultry sounds produces feelings of serenity that on the flip side, entertain a slight touch of the uncertain.

Alex Woodfords voice is an excellently traumatic experience that is only enhanced by Max O’Neill’s and Fabian Lomas’s rioting gang vocals. One defining feature of this record, apart from the successful combining of influences, is the on-point rhythm section piloted by Nick Jones and Rick Keenan.

The Bass hammers down just as hard as Nicks drumming, and the low frequencies of Rick’s Bass ring through like a church’s bell tower. The production on the record is on par with other professional releases but the drums especially could have been recorded and produced by Zeus himself.

This is Hardcore with a definite flair of the alternative charm about it. These boys know how to smack you round the face while melting your mind at the same time. A very nice debut that is sure to be an outstanding experience in a live environment.