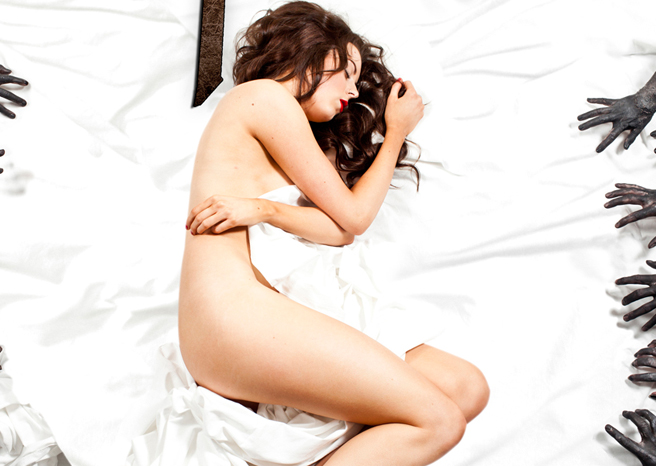 Being someone that is largely unfamiliar with this band or their body of work, I didn’t quite know what to anticipate. Needless to say, by the end of the album, I found myself enjoying something I didn’t originally set out having high hopes for. In fact, I fully expected to barely make it to the third song. Not just because of my unfair disposition to pre-judge any band that has “the” in the beginning of their name, but because I’m just not too impressed in my ripe old age by most new music made by guys in skinny jeans with black eyeliner, flip haircuts, and pretty pastel tattoos. So, if nothing else, this band has provided hope that you might still be able to be a bad ass if any of the above applies to you.

At first listen, one can’t help but draw comparison to “Avenged Sevenfold” or even “Maylene and the Sons of Disaster”. But it quickly becomes evident that there is more going on here than one stylistic element or band influence. A virgin listener might think they have this band pegged from the first song, but theFALLEN throw you a curveball… and keep ‘em coming.

With this album, there is a favorable balance of heaviness mixed with pop hooks. Not venturing too close to the sugary-sweet pop sound that leaves you with a toothache, but the kind that you can’t resist bobbing your head along to. Laden with moments of anthemic fist pumping, danceable sections for the ladies, and parts where you’ll want to headbang like it’s 1987. Dynamic vocals, soulful riffs, and tasty solos that don’t rely on the overly abused shred tactic. Less is more, and they understand this tried and true Hard Rock approach. Not adopting the current trend to cram a metric ton of notes into 8 measures. And I would be remiss if I didn’t mention the well placed use of symphony strings that doesn’t make me wince for a change.

The only track I was tempted to hit the next button on was “Ghosts”, although vocally it had enough to keep my attention. And just when the album seems to be losing steam, it bows out nicely. A well timed exit.

Let it be said that Bury Your Demons is a fun album. And if given a chance, you’ll be able to find at least a little something here that you can appreciate. But my guess would be you’ll find more than just a little something. In a world where songwriting seems to be a lost art, this is a collection of well assembled songs by individuals that might just be some of the few that “get it”, which enable them to rise above the rabble of carbon copies. This is refreshing in an era saturated with bands that, too often, do one thing…and do it over and over.

“We literally cannot wait to get this album out there” says Johnny, “We always end our live shows by saying ‘theFALLEN are rising’ and that has never been truer than right now”

The first track to come from the album, ‘Dirty Little Dead Girl’, is available as a free download here…

Bury Your Demons’ will be released May 1st