Quickstrike is certainly None of a Kind 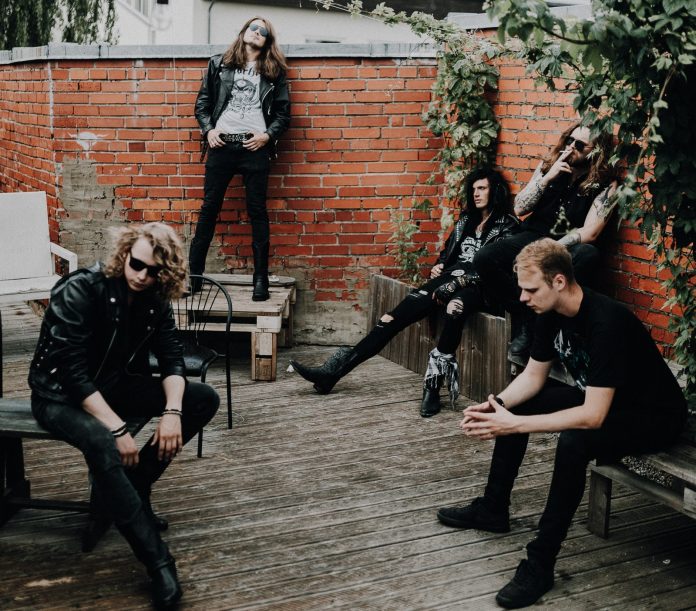 You kind of know that you’re in for a treat when a band from Latvia list their names as Ritchskies, Piggy, Fourleaf, Armyfox and err, Martins. When the band name is Quickstrike I was expecting humour and heaviness from this debut album called None of a Kind.

I was right: the band have a sort of sleaze metal approach laced with rock, punk and the odd hint of thrash.

The opening track, ‘Real Rock Disaster’ explains it better… it’s AC/DC meets Hanoi Rocks meets Pistols in a way that curiously works and will be a blast live, if and when that happens again. ‘Saint’ and ‘Cheats ’n’ Liars’ follow a similar template but with enough originality and layered guitars to make them worthy. It changes a bit on ‘Pergament’ as they move into the dramatic more riff led, Sabbath-y approach and Piggy’s vocals are more restrained and effective.

‘Son of a Gun’ is more textured and complex than many sleazers, especially the guitars. ‘Thorn’ is my pick as the Ram Jam intro moves into a hard-rocking, slightly more restrained and melodic approach allows the space and time to listen to the excellent bass and rhythm guitar. The closing and title track is another less frantic, layered song with weight and bite and more Acca Dacca hints in the vocals but varied and all original with a very nice guitar solo thrown in.

As a debut, this may seem a little raw but, if you listen to all that is going on behind the basic riffing, these guys really know what they’re doing and the next album will be even better.

None of a Kind is out on 11th February via Rockshots Records.