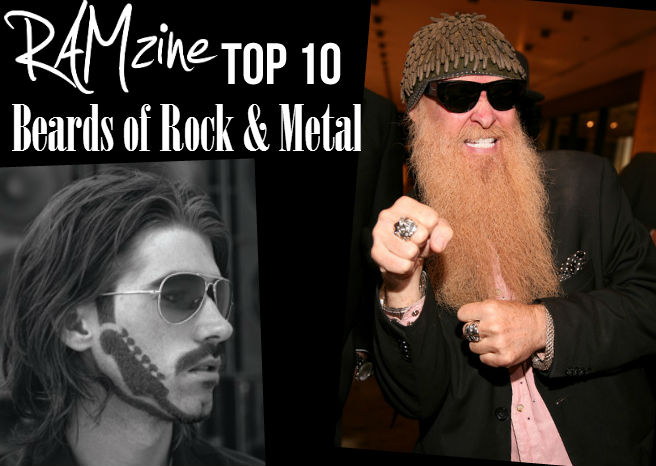 As we all know, beards are the consummate symbol of manliness. To other men, a beard states you are rugged and tough, but also a deep thinker, and also a fantastic guy to share a beer with; to women it says that you are a gentleman and extremely sexually proficient. In rock and metal of course, facial awnings of the hairy variety demonstrate that you are gnarly, talented, and the best possible fit to your band. I myself revel in my chin tinsel, hence why you will not find ANY bias in this article, whatsoever. Fact. Anyway, in this list you will find some of my favourite beards from the world of rock and metal, all of which men and women alike would do well to attempt to emulate.

What a beard to begin with. Not the biggest beard I grant you, but never fear, we will get to them later. This beard is in the list for the inventive way it has been deployed; what man can say that he does not, deep down, want to have a twin-forked beard? None. In his later years, Marco’s forks have also taken on a more white-ish hue, giving the appearance of his face ivy an even more bizarre look.

9. Shavo Odadjian (System of a Down)

The single long plait is not a method of beard execution that many would choose to go with, but fair play to the lad for going for it and nailing it. System of a Down were always a very odd band, and even more odd-looking, and I for one certainly believe that they would not have looked anywhere near as weird had they not had the impeccable beard that dangles from this man’s face. 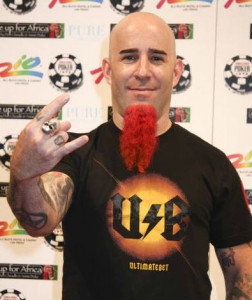 It is the sheer potential for this beard that makes it really special. Mr. Ian has been manipulating his gargantuan goatee for many a year now, and has even gone so far as to dye it bright red (as pictured). Sure, it may not be as long as the above, but it is the careful manner with which he has foregone all other hair around his beard so as to make him officially the second most proficient beard-wielder in the Big Four. Second only to…

Despite looking like an absolute maniac at the best of times, it must also be noted that Kerry King has clearly had some sort of unholy medical operation and transferred every scrap of hair from his head onto his chin. The most noble sacrifice a man can make. To refer back to my introduction, Mr. King’s beard immediately shows to everyone what a gnarly and talented player he is, before he even busts out those insane thrash chops. 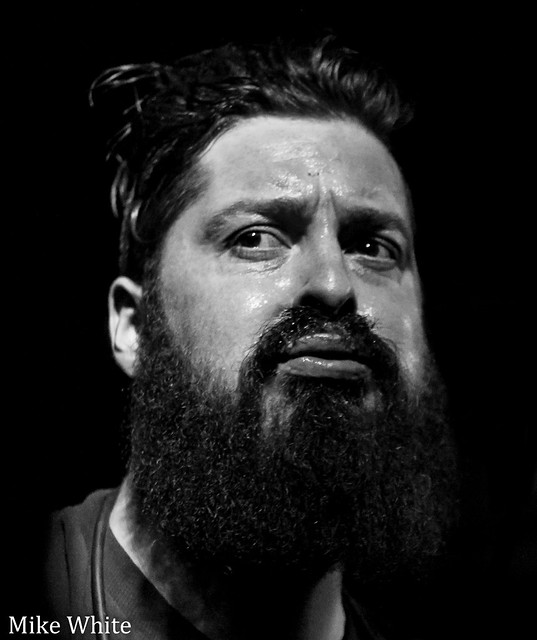 I know that some out you out there will be questioning why this beard ranks higher in my estimation than the ones previous. While it is true that it might not be as lengthy as some of the previous ones, it is the all-over growth that wins it for me. If you were to take the weight of beard solely into account, I believe Lee would come out on top so far, so well-grown is his mandible warmer. Plus, there aren’t actually that many decent beards in hardcore, so well played to Lee for bucking the trend and proving to the rest of his peers just how brutal a singer having a beard can make you.

Tragically this beard is no longer with us. At this point I almost want to say what a tragedy it is that this beard was taken from us, but that would seem a little too insensitive – would honestly rather have Dimebag still here and clean shaven than not here at all. Dime is considered to be the Founding Father of groove metal, and very few people have helped shaped the metal landscape as him. An insanely talented dude, and a seminal beard to go with him. This beard helped write such incredible tracks as Walk and F*cking Hostile, and the guy that it went with will never be forgotten. 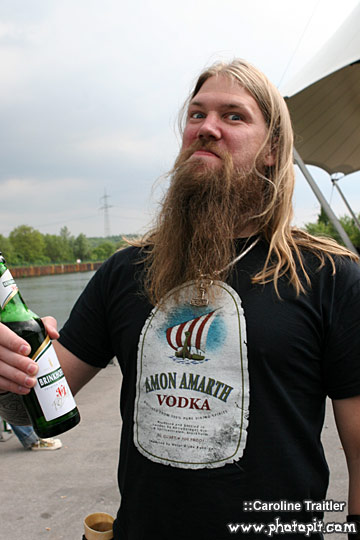 What a ferociously brutal beard this man has! I personally reckon that he would not be able to growl as deep or menacing as he can without the power given to him by the veritable hedge that grows from underneath this man’s mouth. Watch out Mr. Hegg – Download this year may be the year you have your beard lovingly fondled by me. Try singing Twilight of the Thunder God with a 6-foot freak hanging from your beard…

Suicide Silence were always focused around Mitch Lucker – whilst he didn’t have a beard he did have a seminal voice, and it is a real tragedy that he is no longer with us. However, Mark Heylmun was an incredible musical force in that band, and without a doubt has one of the finest beards in alternative music. The bushiness, the length, the understated and yet incredible way it flows alongside his frankly ridiculous blonde hair is truly a sight to behold.

This man’s beard is like a combination of all of my favourite parts of other beards – it’s bushy, it’s long, he can plait it in various different ways should he so wish, the man behind it is a true god of our world and if anyone tries to disagree with me then I will set Zakk on you and he will hunt you down and eat you (he’s secretly a bear, don’t tell anyone). 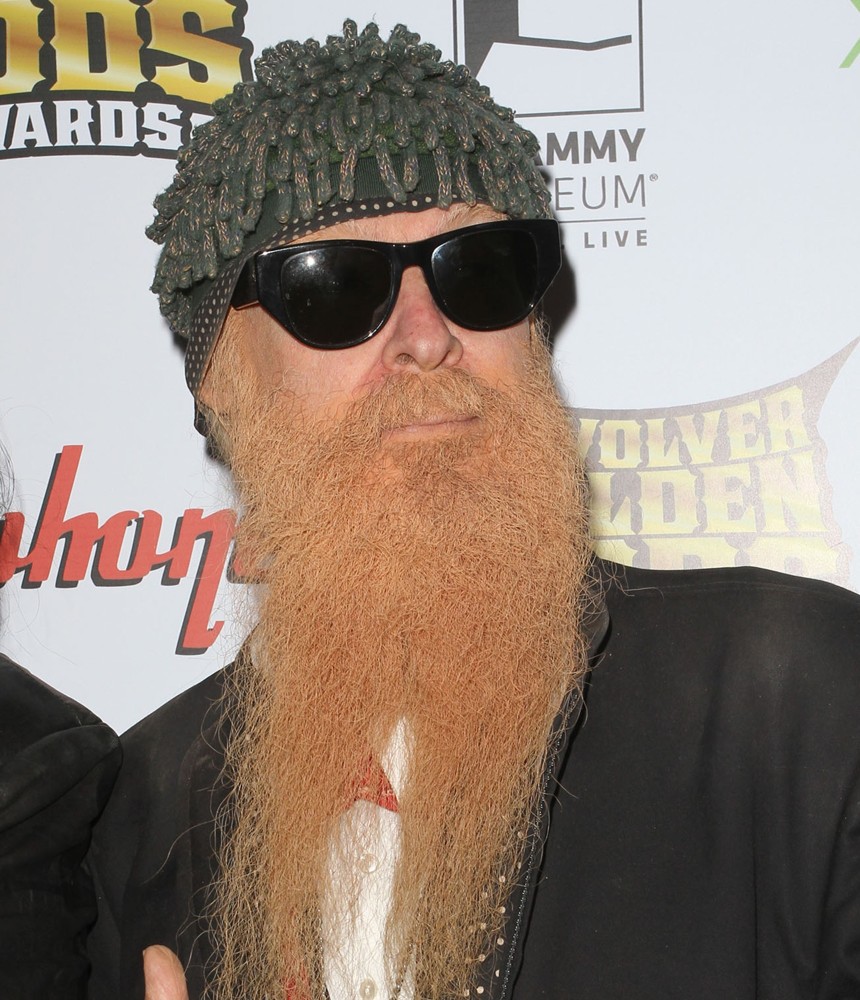 Look at that beard! Look at it! It looks like Davey Jones from Pirates of the Caribbean made out of hair. Billy Gibbons is indisputably THE coolest man to have ever graced this planet (especially in that hat, just wow) and if you can grow a beard like Mr. Gibbons, or indeed his bandmate Dusty Hill, then you may get some idea of what it’s like to be a true Baron of the Beard. I’m actually struggling to put into words the sheer admiration I have for this man, both as a musician and as a beardist.

If you’re struggling to understand the appeal of a beard, then listen to this track, it explains it all very concisely…