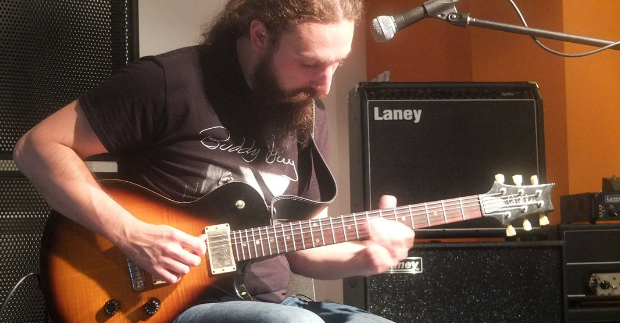 The new Academy of Contemporary Music (ACM) London campus [based in Clapham] just opened its doors to new students in the past few weeks.

The school differs from other traditional music academies by focussing on rock, pop and E.D.M. The Academy is justifiably proud of its professional approach and how it provides valuable networking events, workshops, showcases and audition opportunities for its students. Until now all students have been based at the ACM Surrey base, in Guildford. The new London buildings will allow the Academy to expand and develop.

The ACM “Industry Link” project [headed by Martin ‘Ace’ Kent the guitarist from the multi-award winning British rock band SKUNK ANANSIE] supports the professional development of students — helping them to take their first steps into the music world. This week “Industry Link” at the London campus hosted a series of master-classes featuring some remarkable students from the impressive network of ACM alumni.

We had the good fortune to attend London ACM this week to see the guitar masterclass offered by former student Richard Shaw. Now he is with the cult British metal band Cradle of Filth. He is also guitarist and songwriter for bands Emperor Chung and NG26 and a session guitarist and guitar teacher.

Before the class we asked Richard about his days at ACM [Guildford] and what he had learned.

“The ACM taught me to become a musician I am” He told us. “As a guitarist I aim for clarity. After good pitch and excellent rhythm clarity is the next best thing.”

The masterclass was well-attended by new students. As well as playing some of the finest guitar parts we’ve witnessed in a long time — with surprising dexterity and speed — Richard also answered several questions posed by the students, such as:

Did he have any tour-related injuries?

“None that were not self-inflicted.”

What was the best advice he could offer a student?

“Keep going, keep going. It will all work out.”

What should you look for when buying a new guitar?

“Does the neck resonate with the body. i.e. are they both ‘the same’ note”

Is it hard to learn to read music?

“Do not be afraid to try. Practice 20 minutes a day and you will soon see results.”

What was the most difficult song to learn?

“Try the 1990’s power ballad “Un-Break My Heart” [Performed by Toni Braxton and written by Diane Warren ] for a challenge. There are more tonal changes, alternate time signatures and voice spans on that song than you can possibly imagine!”

He ended his superb class with a rousing rendition of “Blackest Magick In Practice.” This song includes a legendary solo that was “Sung to me by a taxi driver in Los Angeles ...” Richard told us. “The experience of having someone sing back the notes I had written was curious …”

The London and Guildford Centres both hold open days for prospective students. The next is on October 1st-2nd. Check dates on their site.