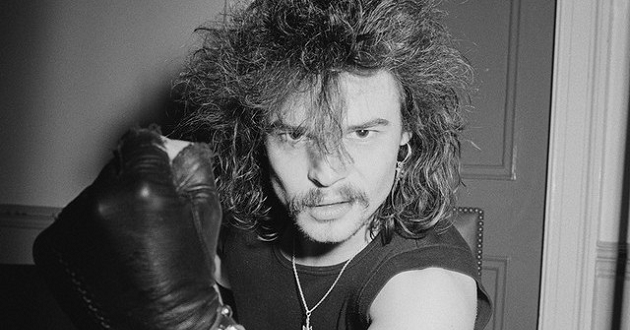 The British-born Phil Taylor, or Filthy Animal as he was known by Motorhead fans, died yesterday 11th November 2015. He had been ill for some considerable time. The who was ‘Born to raise Hell’ has left us, aged just 61.

Born on 21 September 1954, in Hasland, Chesterfield, England, Taylor replaced Motörhead’s first drummer, Lucas Fox, during the recording of the band’s first recording On Parole in 1975. Lemmy explained, choosing him to play in Motörhead ‘because he had a car and could give them a lift back down to the studio, and the drummer they had wasn’t working out very well. Phil kept saying that he could play’.

Taylor was introduced to Motorhead’s “Fast” Eddie Clarke, having worked with him while painting a houseboat, but Taylor was unable to overdub the drumming on the ‘Lost Johnny’ track as he was arrested for being drunk and disorderly and the studio time had run out by the time he was released.

Known for playing in legendary heavy metal band Motörhead and with Fast Eddie Clarke between the years 1975 and 1984 and then again from 1987 to 1992, recording and playing on some of the band’s best-known material.

Taylor has, on a somewhat regular and obviously incorrect basis, been reported as having died in a spectacular or horrible fashion. An example took place in 2001, where Taylor allegedly died due to AIDS. Obviously not true, Taylor can be seen on the 2005 documentary “Ace of Spades: Classic Albums”, alongside Lemmy Kilmister and former members of Motörhead, frequently joking about his supposed demise.

But this is no laughing matter, it is indeed a very sad time for all Motorhead fans everywhere – Filthy Phil will be sorely missed and remembered for his mad antics when he and the other members of Motorhead appeared dressed as women, part way through the Girlschool promotional video for their song “Yeah, Right”

RIP another legend leaves the world of rock and metal!