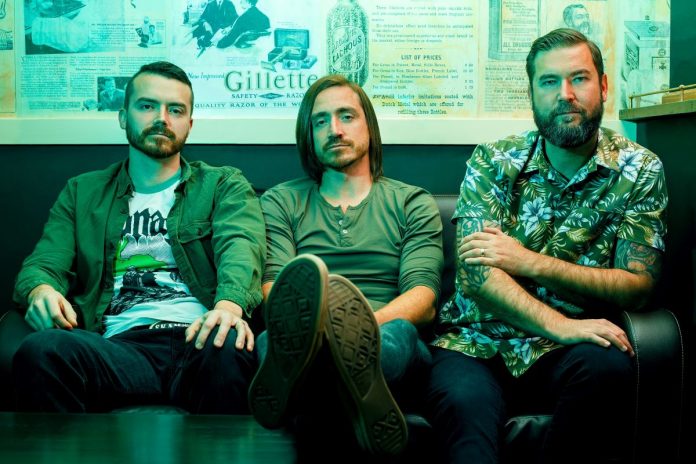 After hitting the UK rock chart at number six with their recent EP Intra, powerhouse UK hard rock trio Skam keep the pedal to the metal by releasing their second EP Venous on 1st October, and a single from it out now.

The band’s vision was always to release two separate EPs rather than a full studio album. This approach means the band were able to spread out their releases over a year rather that in one hit. Thus, Venous is the second part of a two EP collection and completes this vision that the band had.

“We are totally excited for people to get their ears around Venous,” said guitarist/vocalist Steve Hill. “Knowing we had a second release penned for this year, we decided to hold back some killer tracks.

“Lyrically, the songs follow the same theme of human conditions and experiences. We have really tried to push the envelope of the Skam sound on this one and there is something there for fans both old and new. You will hear hard hitting bangers typical of the sound Skam are famous for, but also some curve balls in the form of a power ballad and a 90s style grunge track!”

On new single ‘Deadliest Sin’, Skam take a break from power rock and produce a track that is a sensitive song about pride. The lyrics focus on an argument between lovers who are both too proud to admit they are in the wrong.

“We put a lot of time into this one to get the feeling right. The track itself builds into an emotive feel-good song. The lads have worked hard to combine big hooks and delicious harmonies to draw you in,” said the band “Sit back, relax, and immerse yourself.’’

You can view the lyric video for ‘Sin’ here at RAMzine. You can also check out a video of the band performing another track off the new EP here with ‘Circles’.

Also worthy of note is that the EP closes with ‘The Cure’, a dedication to Steve and drummer Neal Hill’s mum, who sadly passed away from cancer last October.

“We, like many, suffered at the hands of this terrible illness, but we found solace in knowing we are not on our own,” said Neal Hill. “With millions of people across the globe going through a similar tough time, we wanted to write a song of hope and sympathy for anyone affected by cancer. Turn it up loud and think of those you love.”

Skam has an upcoming show at the Slade Rooms in Wolverhampton on the 3rd December.