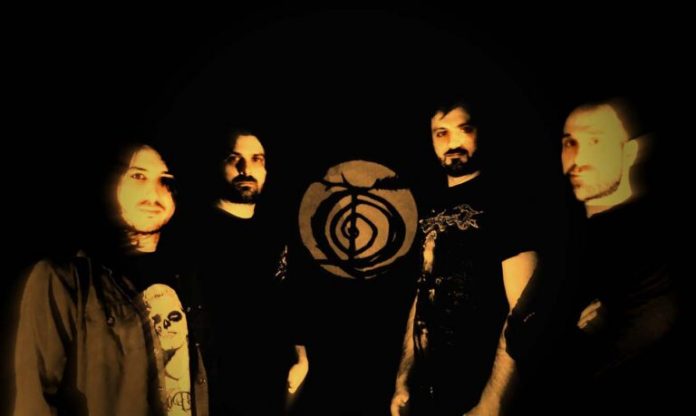 London based band, Desert Clouds have been in existence for nearly twenty years, albeit with a couple of lineup changes and have generated quite a live following, although that was before the pandemic urinated on all of our potato sticks. Billing themselves as “a Psychedelic-Grunge band that likes to travel up to the edges of the ’60s Classic Rock, whilst delivering ’90s raging guitar riffs”, they have three albums under their belt. Now a fourth is about to hit the shelves: Planexit, due out in February and shows development and growth as the band once more embrace their influences, from Syd Barrett to Zeppelin via Nirvana, this sums them up rather well.

It’s a not quite concept album but is based around a theme of “a journey throughout the inner side of the human being, represented by a nameless man who is trying to escape the surrounding environment that overwhelms him.” So that’s clear then!

The first and title track is not an air stewards evacuation demo, it is a humorous and biting tale of Brexit set to heavy riffing and sounding like a prog Sabbath being covered by Nirvana with Frank Zappa as special guest. It’s a wide-ranging, genre-fusing seven minutes that earns the epic tag and is pretty damn good. With a track title like ‘Mamarse’ and me being a Geordie… well it does make you wonder. Turns out it isn’t a maternal bum but, after a neat bass solo, we get a Priestly, riffy slice of rapid rock that has a punk edge and works very well. Elsewhere there is much to enjoy with the likes of a grungy, rocky ballad of darkness on ‘Wheelchair’,  ‘Willow’ veers from its Fireball drum intro through Nirvana grunge to punk anthem.

‘Deceivers’ has an Alice In Chains like bass intro building, via light and serious shade, into another dark power ballad… sort of! ‘Revolutionary Lies’ has a hint of the South before it riffs like a mad thing. The strangely titled ‘Pearl Marmalade’  is slightly more restrained and melodic as the vocal wraps around the virtuoso bass lines and then bursts into their unique grunge/rock/metal fusion. My favourite has to be the final track, ‘Speed of Shadow’ which wraps it up nicely with its prog tinged heavy rock, theatric in a Cooperish and dramatic fashion.

This is an album that makes me wonder why this band isn’t bigger… it is better than a multitude of more successful bands of similar bent and the way Desert Clouds blur the genre lines is always fascinating.

Planexit is out on Madrone Records