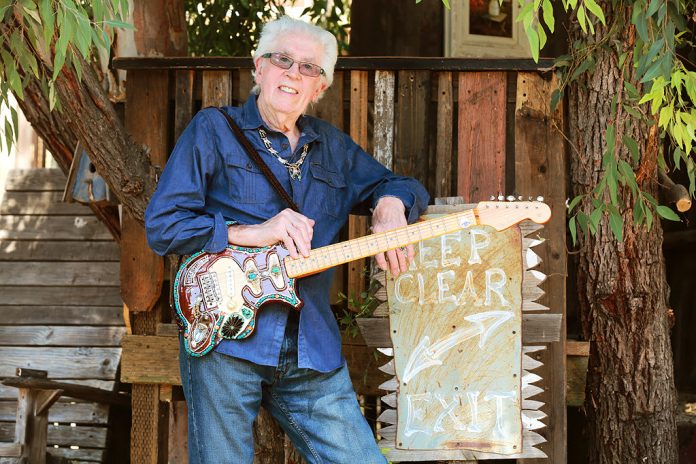 I do get a little irritated when the media always have to prominently mention the musicians that have passed through the ranks of the various John Mayall ensembles: he is a formidable musician in his own right and has proved time and time again that he is not just a figurehead, but a genius composer, a brilliant keyboardist, guitarist and harmonica player, a great composer as well as helping to bring the blues to prominence during his earlier years. I’m pleased to say that, at 88 years old, he can still play up a storm with the best of them and he proves this on his newest release, The Sun Is Shining Down.

The only bad news is the announcement on his website: “I have decided, due to the risks of the pandemic and my advancing age, that it is time for me to hang up my road shoes. As a result, I will be radically reducing my touring schedule and will be limiting my performances to local shows near my home in California, and the occasional concert further afield. My epic road dog days however have come to an end.”

At least we have this new album with the likes of the update on his own song, ‘Deep Blue Sea’ now reborn with Rivera reconstructing and even improving the original. Then we have Marcus King shining on the bluesy, funky, rocky ‘Can’t Take No More’. Or how about a Bobby Rush cover, ‘I’m As Good As Gone’ with Buddy Miller playing a delightfully moody guitar. Mayall is at the forefront of  ‘A Quitter Never Wins’ with his harp, voice and keys weaving quality blues. Now we can add some electric ukulele to the mix as Shimabukuro adds to the ranging, walking bass blues of ‘One Special Lady’ and Mayall brings a lovely key solo the party. The title track has Carolyn Wonderland weaving some exquisite guitar around the autobiographical story adding to the great bassline and warm vocals.

So here is a wonderful album of quality blues by a master who continues to show he can write and perform as good as his younger acolytes and, despite the sterling work of his guests, he still stands tall and proud and keeps the blues flag flying high.

The Sun Is Shining Sown is released on January 28th.