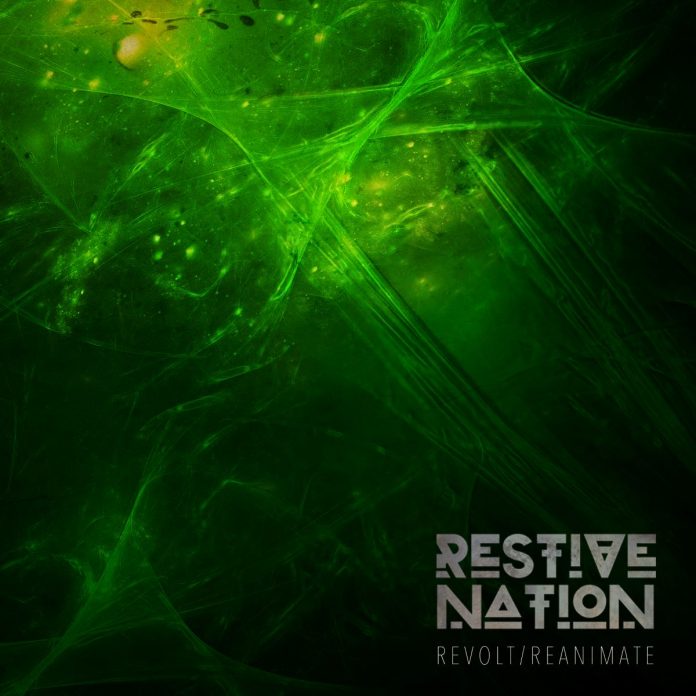 Ireland’s Restive Nation return with their latest single and an animated video, ‘Red Mist’, that you’ve just got to give a listen to… As you can right here at RAmzine!

Restive Nation’s genre has been described as being akin to finding the space between Nine inch Nail’s ‘The Fragile’ and Massive Attack’s ‘Mezzanine’ opus. The band present ideas in sound that incorporate elements of past, present, and future.

The rising experimental progressive rockers reveal another slice from their forthcoming self-titled new studio album with ‘Red Mist’ – It’s a hypnotic tale of alien abduction but in the style of Blur’s ‘Parklife’, complemented with a punchy, spiralling, hypnotic, electronic backdrop.

The band says of the track: “’Red Mist’ is a psychedelic twist on electronic rock. Surf rock guitar melodies are infused with industrial pulsing synths that provide an unearthly backdrop for an extraterritorial narrative.”

This is one of the most experimental tracks on the album that gives the full detailed account of a confused man’s story on how he was abducted by aliens. The storyline was inspired by a book called Omens Of Awareness. It described many UFO abduction scenarios and led to writing a personal take on

Listen to the track here and check out the video below.

Previous to the new single, was the haunting, melancholic composition, ‘Act III’, that came loaded with the band’s renowned atmospheric soundscape and drew on elements of Tool and A Perfect Circle, against a concept of a post-humanistic, Orwellian future.

The band commented on it at the time, saying: “It is a full embrace of progressive rock with similarities to Tool, Mastodon and Gojira. The music is a dark and foreboding experience that grows with intensity to an explosive finish.

“The song is one of our darkest releases to date with themes of internet culture and the decay of human society. The Lyrical theme explores the constant stream of hate and self-righteousness expressed on the internet.

“The art of discussion and conversation is now dead because of online culture. You chase those thumbs, hearts and likes to receive a gambler’s high. We were once a high society of intellects, but have now reduced ourselves to smashing buttons on a machine.”

‘Act III’ remains available exclusively via the band’s official YouTube page to coincide with the growing visual concept of their forthcoming new album. Plans for a release via streaming platforms will be announced in early 2022.

Prior to that, they brought out another stomping new high-energy single in ‘Revolt/Reanimate’.

The song was a punk-infused, electro-banger, that draws influence from The Prodigy, Killing Joke and Nine Inch Nails.

Featuring three vocalists, the track encapsulates what Restive Nation are all about. The song resembles the rebirth of the band as a six-piece, and is an embodiment of their electronic roots as a group.

Speaking about the track, the band commented: “The main vocal idea was written by Tony [Carberry, vocals] and is a homage to his love affair with the undead and zombie movies. The Theme is straight to the point; pissed off and frustrated with everyday life.”

All three singles are from the band’s forthcoming self-titled album, due for release in Spring 2022, and you can check out the videos to each of them right here.