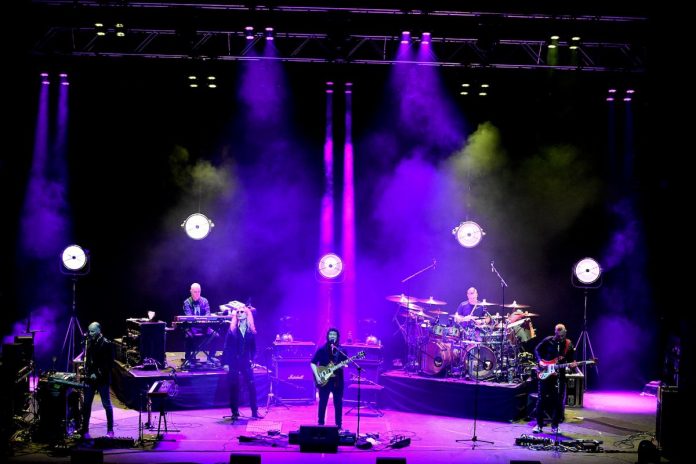 The covid19 pandemic continues to delay concert performances, with the latest being Steve Hackett’s Seconds Out + More World Tour.   The original tour was due to kick-off in November but have now been rescheduled and will commence from 10th September 2021 – The silver lining in all this is that the former Genesis guitarist has added an additional 8 shows.

All tickets purchased remain valid for the rescheduled show, while those looking to book should go here and visit local venue box offices online.

The show will feature the Genesis live album Seconds Out in full, plus highlights from his own solo career and other classic tracks during his time with the band.

Seconds Out was the hugely successful double album recorded on Genesis’ 1977 concert tour together with The Cinema Show, from their 1976 tour, and featured Steve Hackett on guitar alongside Mike Rutherford, Tony Banks and Phil Collins (who had taken on the role of vocalist following the departure of Peter Gabriel), plus former Yes drummer Bill Bruford on the 76 tracks, and ex-Weather Report drummer Chester Thompson on the others.  The tour included music from each of the six studio albums from Hackett’s time in Genesis and marked his final recordings with the band as he left to pursue his solo career upon its completion.

As noted in a RAMzine review from Hackett’s last tour: “This is a consummately highly talented group of musicians, possibly the best working band currently playing anywhere in the world. Seriously.”

Fans looking for something new between tours should check out Steve Hackett’s autobiography, A Genesis In My Bed to be published on 24th July.   Therein he talks candidly about his early life, his time with Genesis, and in particular his personal relationships with the other four band members, with great insight into the daily goings on of this major rock band. Look for a review of the book at RAMzine soon.